You are here: Home / Reviews / The Mind Illuminated: A Review 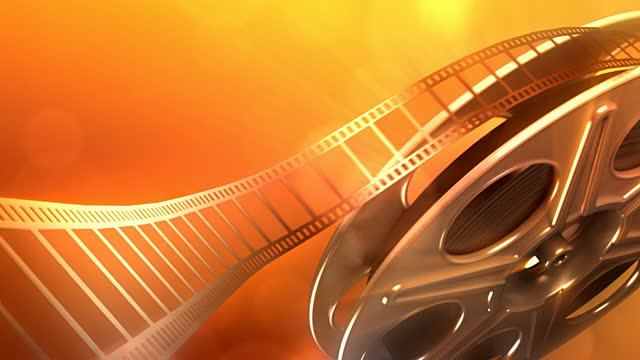 Upon the recommendation of a friend, I’ve been reading Culadasa’s The Mind Illuminated – and greatly enjoying the journey, both for the new information and places where I resonate easily with what is written; as well as for the spots that cause me to halt, feel a bit of internal friction, and perhaps take exception to what is being suggested and/or omitted.

The book’s overall project is to offer a conversation between Buddhist maps of spiritual awakening, and the results of recent neuroscience research. In the foreword, Mr. Yates (aka Culadasa) lets the reader know that his orientation is that of a “non-dualist” – setting himself apart from reductionist views (viz. materialism or idealism) rooted in a mind-matter dualism.

As I first read this, I felt a wave of optimism in relation to what was to follow. Having since completed a majority of the text – which on several occasions explicitly distances itself from a traditional Advaita Vedanta (or Tibetan Shentong) view — I feel less certain about what exactly are the contours of Culadasa’s “non-duality,” but for our purposes here, this is beside the point. Suffice it say, if what you’re looking for is a book dedicated to offering direct pointers to nondual Reality, you’ll need to look elsewhere.

Nevertheless, there’s much that I’ve appreciated within the 400-odd pages of The Mind Illuminated, including:

* Some of the detailed descriptions of the various Jnanas and stages of the path as described by Buddhist adepts, i.e. how experience is transformed as the mind becomes more and more coherent and unified. One can of course argue that these are just descriptions of subtle phenomena; and while this (at least to some extent) is true, I nevertheless find such descriptions in many ways useful and interesting.

On a related note, Mr. Yates suggests that we can acknowledge “power” and “control” as qualities of mind that can be cultivated – without needing to construct an egoic “separate-self” that “owns” or “operates” these qualities. I appreciated this point of view.

* Learning a bit more about how the human brain functions as a recording/projecting device, from the point of view of neuroscience – and in particular the as-yet-unresolved mystery known as the “binding problem” (to which we’ll return, below).

* The presentation of a series of models of how brain-mind-consciousness works. I really appreciated the acknowledgement that a model is just a model, i.e. a working hypothesis about how the mind-brain-consciousness interface happens. The reader is offered (at least) three distinct models, with discussion of their implications, and how they mesh — or fail to mesh — with various aspects of the spiritual path.

That Dastardly “Who?” Question

Having expressed my appreciations, I’ll now share what drove me most crazy about this book – which is related to the caveat I offered above, about it decidedly not being a source of direct nondual pointers (which, to be fair, it never claims to be). It is in the moments when Mr. Yates attempts to address the un-ignorable question of “who” is conscious that things get a bit whacky.

Consciousness thus defined (as the phenomena of information exchange) is also distinguished from “meta-cognitive awareness” – the capacity to witness the functioning of the mind itself. Whether this “meta-cognitive awareness” is personal, limited, defined via space-time coordinates – or whether it is universal or transpersonal – is a question that is never explicitly addressed.

Now, when constructing a new model, it’s perfectly legitimate to define one’s terms in any way that one chooses. However, to define “consciousness” as “information exchange” to me feels a bit disingenuous; and as we’ll see, very quickly becomes hopelessly slippery.

In common usage (I would submit) the word “consciousness” evokes, above all else, the subjective element of experience. “Information exchange,” on the other hand, is a phrase whose meaning can easily be entirely objective, entirely phenomenal: conjuring images of computers, robots etc. whose “exchange of information” is wholly independent of any subjective element.

Such a definition (of consciousness as “information exchange”) becomes especially problematic when considering the “who” question, for instance in this passage (from p. 213):

Some things to notice about this passage: (1) A subjective component to the mere “exchange of information” gets brought in through the back door via the phrase “the experience of consciousness.” (2) The mind-system as a whole “is conscious” in spite of being comprised in large part of so-called “unconscious” sub-minds (?!). How is this possible? Because … (3) The transit from “unconscious” to “conscious” – given how these terms are defined — is simply the transit from segregated to shared information, within the functioning of the brain as an objective phenomena. (4) To then pose the question “Who is conscious” – is once again to let the (obvious fact of) subjectivity in the back door, even though it has been technically defined out of the model – while simultaneously discounting/disproving it – by answering: “The mind-system as a whole” (i.e. the mechanical functioning of the brain).

Here’s another summary of the “Mind-System Model that is offered further on in the text (p. 287):

Reading that last sentence – “Who” is conscious is a collective of unconscious minds that exchange information in this way – caused me to do a double, triple, and quadruple-take. Hmm … wow. (Imagining a series of editors, pulling their hair out.) The image that came strongly to mind was the classic one of totally missing the elephant sitting in the center of one’s living-room, and instead going out frantically to search for its tracks in the forest. And the impulse to loudly shout: “The emperor has no clothes!”

Onward! (to an infinity of (nesting minds))

Now Mr. Yates does assure us that this isn’t the “final truth” – and that however reductionist or materialist it might seem, it’s just a provisional understanding: a view of how the human bodymind organism functions, in order to optimize its chances of survival. But the revision of this model that he goes on to offer seems to just compound the problem, by giving each “unconscious sub-mind” its own set of sub-minds – in the mode of a set of nesting Russian dolls. But this generates the need for the conceptual acrobatics of granting “conscious mind-like” attributes to these (unconscious) sub-minds, since “consciousness-like” sharing of information happens there also. Whew!

And then, in a gesture of assuming his recently-coined definition of consciousness to be the standard one (also known as: begging the question) – and sliding the word “subjectivity” in for good measure — he writes:

Even if this use of the word “consciousness” is internally consistent – in relation to the model being proposed here (where it is distinguished from “awareness” and “attention” and “subjectivity”) – it’s so darn counterintuitive, and requires such elaborate conceptual propping, that one is left yearning for something a bit more parsimonious.

So what if (I found myself wondering) … what we decide to “call consciousness” [harkening back to the above quote] is not a phenomena at all – and so not any kind of “information exchange” at gross or subtle levels?

What if what we “call consciousness” is none other than the “we” that is our deepest, most intimate and direct “subjective experience”? (i.e. This that is aware of these words, right now)

What if what we “call consciousness” is the space of awareness within which so-called “information exchanges” and all other phenomena arise and dissolve?

What if what we “call consciousness” is not separate from “meta-cognitive awareness”?

What is what we “call consciousness” is the space of Awareness within which bodies and brains and mental phenomena arise and dissolve?

Just another model, I suppose – but one that, for me, resonates as being more directly true, and of infinitely greater simplicity.

My favorite part of reading this book was learning about the so-called “binding problem.” At the 13:10 mark of this video, Anthony Peake offers a nice introduction to this neuroscience conundrum.

The basic idea is that while different parts of the brain process different aspects of experience, perception of phenomena is generally unified – and neuroscience has yet to offer a model accounting for this unification.

So for instance: one part of the human brain records color; another part records shape; and a third part records motion. Yet the phenomena of a “red bouncing ball” appears as a unified whole. How exactly the recorded information of “red” and “round” and “bouncing” become integrated is a neuroscience mystery. (Shall we employ the services of Hercule Poirot?)

The binding problem, as I understand it, is associated with a model of neural functioning according to which our perceptual/cognitive experience unfolds in a sequential series of “frames” or “snapshots.” While parallel processing happens at deeper (we might say “unconscious” or “subconscious”) levels, the “movie” of our phenomenal experience unfolds sequentially. So far, so good.

But if experience unfolds frame by frame – percept by percept or thought by thought — then how does it acquire any kind of narrative structure? To return to our earlier example: making sense of “red” plus “round” plus “bouncing” requires a cognitive/perceptual frame that is the sum-total of these three percepts. Or, in terms of linguistic processing: making sense of a sentence as a whole, requires something more than just a snapshot of its first word, then its second word, then its third word, etc. Instead, we need to hold previous words in short-term memory long enough to enact a “binding” of the words into a single coherent sentence.

“Phenomenal binding” is the term used to reference the process by which phenomenal objects are perceived as such, i.e. as unified “things.” So-called “global binding” is what allows a group of phenomenal objects to be perceived simultaneously within a unified field of awareness. And so-called “neighborhood binding” has to do with the construction of spatial relationships. (The experience of space and time are the product of binding moments.)

In short, neural binding refers to how raw sensory and cognitive data is drawn together to construct the phenomena of self and world. And from the point of view of neuroscience, this is a complete mystery! Hence the term: binding problem.

As Mr. Yates points out, a deep meditation practice tends to support a subjective experience of “unbinding” – i.e. of rendering transparent the process by which “self” and “phenomena” are constructed. To the extent that we can become directly aware of (i.e. observe intuitively, subjectively, from a 1st-person perspective if you will) the process by which phenomena are constructed, the solution to the “binding problem” is experientially close at hand. How (if at all) to translate such intuitive wisdom into the language of neuroscience is of course a separate matter.

A metaphor that is often employed, within various contemplative traditions, to describe the construction of phenomena, is as follows:

Imagine a vintage, non-digital movie theater – where the movie is projected onto a screen, via light flowing through a film-reel composed of a series of frames.

In terms of this metaphor, the “mystery” of the binding problem (given the assumptions of neuroscience) could be articulated as: How do the frames of the film-reel get onto the screen? Without the Light of Awareness functioning as the medium of transport of the film’s images, it’s quite the conundrum!

(Though even with the Light of Awareness functioning as the medium, it’s all rather dream-like, wouldn’t you agree?)