You are here: Home / Art & Spirit / All The Light We Cannot See 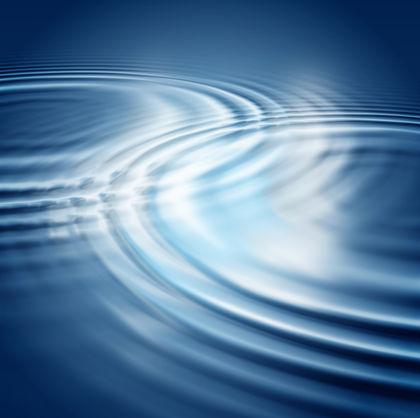 I’m about a third of the way through Anthony Doerr’s remarkable All The Light We Cannot See. And thinking how strange it is that I would be this enamored with an historical novel: the literary genre that most rarely holds appeal. But somehow, a week or so ago, I came to read a brief synopsis of this Pulitzer-Prize-winning novel, which reminded me immediately of Jacques Lusseyran’s And There Was Light: Both are set during the second World War, and both feature a blind child as protagonist. So I decided to give it a go – and am totally loving it!

Though technically a novel (and a very long one, I might add) the book reads more like a series of short-short stories, or prose poems – with each two-to-five-page chapter crafted in a way that makes it feel complete in itself. The vignettes toggle back and forth between the lives of the two protagonists: a blind French girl and an orphaned German boy. In the story, they’ve yet (as of page 168) to meet each other – except in the sense of both being embroiled in the common meta-narrative of WW II. But one feels their destinies on a collision course, so to speak – and with each page my curiosity deepens, as to how it will actually unfold.

A central theme of the novel is the power of the radio: of the invisible long-range communication this makes possible. One of the first threads connecting the two protagonists is a science program broadcast from France, which the German boy and his sister tune into, and immediately fall in love with. The boy becomes adept at repairing radios – a skill which becomes his ticket out of a life predestined as a coal miner.

My experience of the chapters is that they’re much more like snapshots, rather than parts of a unified narrative stream. Rather than feeling drawn along into and bogged down by ever-more-complex, ever-more-twisted, ever-more-embroiled conceptual elaboration, I’m left noticing how the resonance of one chapter simply, gently, subtly colors my perception of the next. I’m left noticing how pieces of information offered in previous chapters appear – like jewels from the ocean of my mind/memory – in the context of my reading of a later chapter. And I’m left feeling equally sympathetic to the two main characters – well beyond any abstract moral evaluations of the “rightness” or “wrongness” of war.

At the same time, the novel’s pleasure is rooted deeply in its exquisite details: in fine-grained descriptions of the character’s lives, moment by moment. But once again, I would say that it’s the overall spaciousness of the writing that allows these details to truly shine, and resonate well beyond the chapters in which they make their initial appearance. The beautiful precision of their interaction is like delicate ripples on the still surface of a pond, interfering with each other – in ever more magisterial patterns – after some invisible hand drops one pebble and then the next, and the next ….