This is the great mystery of human vision: Vivid pictures of the world appear before our mind’s eye, yet the brain’s visual system receives very little information from the world itself. Much of what we “see” we conjure in our heads.

Understanding a bit about how human vision works provides a fascinating window onto the deeply conditioned nature of all perceptual processes: hearing, tasting, smelling and tactile sensations, along with seeing. As it turns out, the way that our brains filter and combine perceptual signals—and how our minds interpret them—depends upon a multitude of factors.

This is why no two people ever see the same thing, in a precisely identical way. While we might agree to call a certain range of perceptual phenomena an Oak tree, our moment-by-moment lived experience of the “Oak tree” is utterly unique. Why? Because the specific Oak-tree experience is relative to the body’s space-time location, to our personal history and preferences, and to other forms of body-mind conditioning.

The bottom line is that elaborate visual reproductions of the world are constructed, based upon relatively scant visual information. The body-mind’s creation of visual (and other sensory) experience is not unlike the creation—say, by a writer or director of a movie—of the various images and sounds that constitute a completed film, from an initially vague concept of plot and characters.

The experience of shape/boundary, color and movement in the visual field depends upon uber-sophisticated visual processing within the body-mind organism.

Blissfully Unencumbered by the Facts

It’s not too far-fetched to say that our visual experience remains, in large part, blissfully unencumbered by the facts, i.e. by the initial data recorded on the eye’s retina. Like a good storyteller, the body-mind can improvise and creatively engender a whole host of different narratives, given the initial input of visual data.

So, even though intersubjective agreement allows us to function together in a more-or-less coherent way within a “shared external world,” the degree of uncertainty—in relation to “what’s really happening” within this supposedly shared world—remains significantly large …

In short: It’s all quite dreamlike!

In a previous post, I posed the question: Is the knowing (aka perceiving, aka aware-ing) quality of perceptions and cognitions the only “thing” that can ever be experienced with 100% certainty?

Now, perhaps the knowing quality itself—of direct perception and inference—also belongs only to pure Awareness, even if the phenomenal content of those processes lacks perfect reliability.

While relying upon sensory direct experience and inference can increase the degree of certainty in relation to this-or-that phenomena, our perception of the phenomena per se can never reach the status of being without a shadow of a doubt. The content of perception via a specific human body-mind can never be perfectly reliable—because body-minds always exist within relative frames of reference.

What we can know without a shadow of a doubt is that we are aware—in the sense of both being-aware, and of Being Awareness. But isn’t it a bit strange that such infallible certainty doesn’t share itself fully with the phenomenal appearances that, in Reality, are not separate from it?

As mentioned above, uncertainty regarding the content of perceptual experience derives, for one, from the deeply conditioned nature of perceptual processes within the human nervous system—which includes the space-time relativity of the human body.

Another layer of uncertainty has to do with discerning the “level of consciousness,” if you will, within which the phenomena are appearing. Before anything else, we seek to know: Is this the waking-world? Or am I dreaming? Is what I’m seeing “really there”—or is it just an illusion (e.g. a mirage in the desert) or fevered hallucination (e.g. via a brain injury or illness)?

We typically assign ontological status to various appearances that differentiates between:

And what we know from experience is that these categories are not hermetically sealed. The phenomenal content within one state can and does influence content within another:

* Problems that we are worrying about as we fall asleep can “bleed into” our dreamscape phenomena. Or, conversely, uplifting thoughts of gratitude and contentment can set the stage for relaxed or inspiring dreams.

* A nightmare can cause us to feel uneasy throughout our waking-state morning. And an uplifting dream of clarity can resonate throughout the next day.

We all seek (explicitly or implicitly) to answer the question: Is this really happening now—within the realm of intersubjective agreement in the waking-world—or is it merely my own personal dream, fantasy or hallucination? While all such phenomena share the status of “appearances within Awareness,” degrees of uncertainty frequently arise in relation to their more specific quality (dream, waking, etc.).

The fluidity and uncertainty in relation to states of consciousness is illustrated beautifully in the movie, A Beautiful Mind, and in the TV series, Hannibal. The former relays the life-story of mathematician John Nash, whose waking-state genius intermingles with pathological hallucinations. Only by gaining some measure of clarity and—with psychiatric intervention—disentangling the two, is he able to function as a mathematician.

And the latter presents the fraught and intimate relationship between fictional characters Hannibal Lector and FBI special agent Will Graham. The highly-evolved empathy of Will Graham in combination with a medical condition fuels a psychological scenario in which dreams, intuitions and hallucinations intermingle indiscriminately with waking-world phenomena. While the condition allows him to help solve crimes, it also makes him susceptible to “losing himself” within the mind of the criminals.

Each of these films provides an excellent illustration of the dreamlike uncertainty of visual experience, in relation to states of consciousness. Again and again, both the characters within and the viewers of A Beautiful Mind and Hannibal are fooled—or at least left not-knowing—whether it is the waking-world or a dream; whether it is a memory or imagined landscape or a pathology-driven hallucination that is appearing.

In Hannibal, this sensory uncertainty is compounded by the uncertainty in relation to moral, ethical and aesthetic categories such as right/wrong, good/evil, empathy/indifference, love/hate,  friend/enemy, beautiful/ugly, funny/serious—all of which are shown to be much more fluid than we tend to assume. This is accomplished via cinematography flush with artfully gruesome and beautifully macabre imagery. But this is a topic for another essay.

Aside: if I were inclined to proselytize for an exclusively vegan/vegetarian lifestyle, I would host a viewing of Hannibal and Earthlings, back-to-back. But this, also, is a topic for another essay.

Though we can never know with 100% certainty whether what we’re perceiving is a dream or an encephalitis-induced hallucination or a psychic intuition or a memory or waking-world phenomena—what we can be certain of is that perceiving/knowing/being-aware is happening.

In the realm of phenomenal appearances, certainty is always relative. It comes in degrees. It’s a matter of probabilities. And the criteria for such certainty differ from one realm of functioning to another. A lawyer may apply the criteria of practicality, while a mathematician the criteria of elegance—to determine which legal argument or conjecture is most valid.

For a politician or social engineer, what counts as true/valid may be what is most useful—in the moment for one person, or over time for a large group of people.

Someone inclined to trust their rational intelligence more than their sensory experiences will privilege inference over sensory direct experience (e.g. to understand that the earth revolves around the sun, and not vice versa).

Someone inclined to trust their direct sensory experiences more than their rational intelligence will privilege the evidence of their senses over rational arguments of the mind (e.g. to see the harmful actions being performed by someone that the mind has concluded should be acting kindly).

This describes the activity of western science; the aspiration of eastern contemplative traditions; and the skillful engagement of human beings with their social, political and interpersonal environments. It’s how we do the best we can, given the inherent uncertainties of body, mind and world.

So, yes—the only thing that I am 100% certain of and 100% confident about is that I am aware. And—when phenomena are appearing—that perceiving of, being aware of, these phenomena is happening.

The specific contours and ontological status of the phenomenon—and what they may or may not mean—remains less than 100% certain, if for no other reason than because they are constantly transforming, in kaleidoscopic fashion. Even if we could pin down the truth of one moment, it would be gone even as we think or speak it.

But is it actually necessary that appearances are less certain than the Awareness within which they arise and dissolve? Is there no scenario in which they are equally as certain?

To repeat a question that I posed earlier in this essay:

Perhaps it’s the case that we can be 100% certain that the essence of an appearance is Awareness—while at the same time remaining uncertain about various phenomenal qualities of the appearance.

But how is this not a remnant of duality? 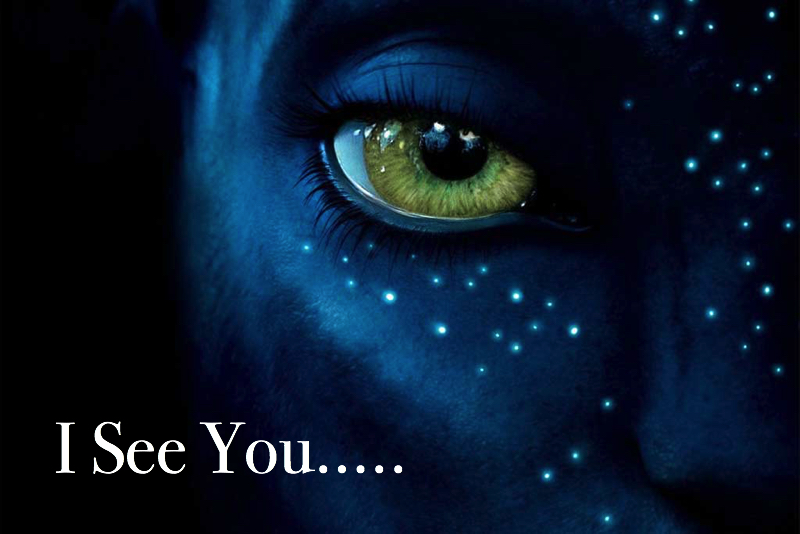