You are here: Home / Nonduality / Couch Of Leaves: Reflections On Power 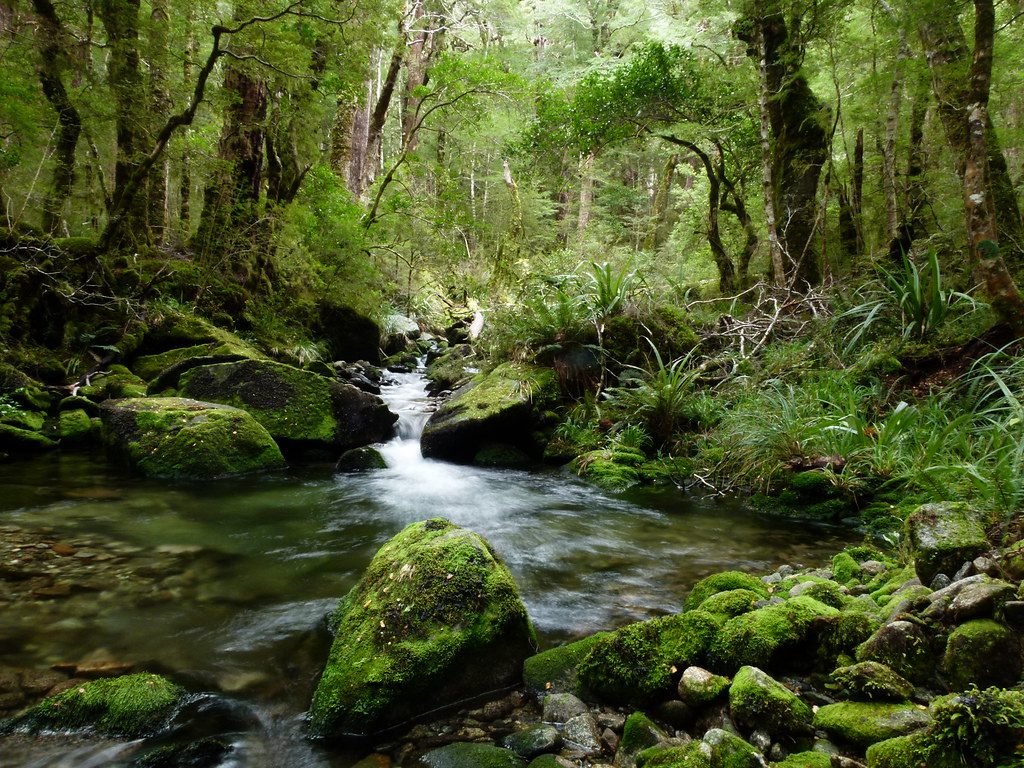 The Tao can’t be perceived.
Smaller than an electron,
it contains uncountable galaxies.

If powerful men and women
could remain centered in the Tao,
all things would be in harmony.
The world would become a paradise.
All people would be at peace,
and the law would be written in their hearts.

When you have names and forms,
know that they are provisional.
When you have institutions,
know where their functions should end.
Knowing when to stop,
you can avoid any danger.

All things end in the Tao
as rivers flow into the sea.

Like any word, power has various meanings, depending on the context in which it is used. Just for fun, let’s briefly consider three such contexts …

So great power means a large amount of work or energy developed in a short time. 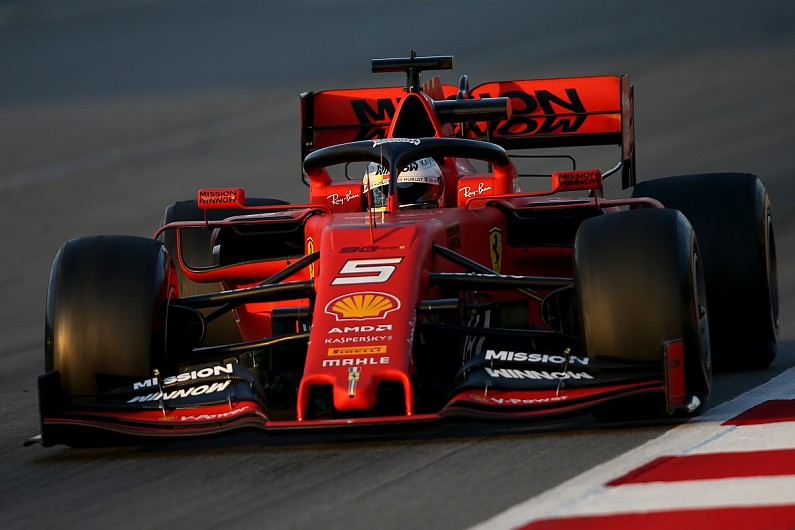 For reasons which are not entirely mysterious, this well-known quote has recently been coming to mind,  in relation to political power:

This statement—attributed to Lord Acton, a British historian/politician of the late nineteenth and early twentieth centuries—proposes that a person’s sense of morality tends to decrease as his or her social/political power increases.

In this formulation, political power itself—say the capacity to exert control/influence over the lives of others—in itself may be neutral; but when accumulated by a single individual tends to negatively influence the moral compass of that individual. At least this is the hypothesis put forth by the quote.

Within the realm of spiritual practice, we might consider power as a kind of presence characterized by peacefulness, quietude, contentment, inner silence, spaciousness, clarity, spontaneous kindness/compassion, and unflappability/equanimity in the face of challenging circumstances.

In essence, spiritual power is less about influencing “others” (though this may happen) and more about maintaining a clear alignment with Truth. It’s about realizing the human body-mind as an expression of or conduit for transpersonal wisdom—and the fulfillment and effortless potency that this allows.

We might also consider spiritual power in relation to free will, and propose an equation such as:

In other words, it’s not a question of having or not-having free will—as an unchangeable principle. Rather, it’s a question of to what degree free will can and is being exercised, right now.

When dualistic ignorance is active, our physical and mental actions—conditioned by this ignorance—will tend to be reactive and compulsive, i.e. lacking freedom.

When nondual insight is active, our physical and mental activity—as expressions of this insight—will naturally include intelligent deliberation and genuine choice, i.e. the exercise of free will.

The main take-home point here is that the power associated with free will can never belong to a presumed separate-self—for the simple (perhaps even trivial?) reason that no such entity actually, in reality, exists.

Ironically, the energy we exert in maintaining this fiction limits our access to true universal power.  It’s like the monkey trapping himself by holding onto (with a tightly closed fist) a banana placed within a narrow-slatted cage. We imprison ourselves by refusing to let go of the mistaken belief in a separate-self.

When we let go of this belief, we find ourselves effortlessly within banana-heaven—and our bodies and minds powerful in the sense of being well-tuned instruments of the Divine.

One of my favorite stories about political power encountering spiritual power comes via Paramahansa Yogananda’s classic Autobiography of a Yogi. Yogananda recounts the presumably factual encounter between Alexander the Great and the Indian yogi-saint Dandamis. It’s worth quoting here in its entirety …

The most admirable feature of Alexander’s unsuccessful invasion was the deep interest he displayed in Hindu philosophy and in the yogis and holy men whom he encountered from time to time and whose society he eagerly sought. Shortly after the Greek warrior had arrived in Taxila in northern India, he sent a messenger, Onesikritos, a disciple of the Hellenic school of Diogenes, to fetch an Indian teacher, Dandamis, a great sannyasi of Taxila.

“Hail to thee, O teacher of Brahmins!” Onesikritos said after seeking out Dandamis in his forest retreat. “The son of the mighty God Zeus, being Alexander who is the Sovereign Lord of all men, asks you to go to him, and if you comply, he will reward you with great gifts, but if you refuse, he will cut off your head!”

The yogi received this fairly compulsive invitation calmly, and “did not so much as lift up his head from his couch of leaves.”

“I also am a son of Zeus, if Alexander be such,” he commented. “I want nothing that is Alexander’s, for I am content with what I have, while I see that he wanders with his men over sea and land for no advantage, and is never coming to an end of his wanderings.

“Go and tell Alexander that God the Supreme King is never the Author of insolent wrong, but is the Creator of light, of peace, of life, of water, of the body of man and of souls; He receives all men when death sets them free, being in no way subject to evil disease. He alone is the God of my homage, who abhors slaughter and instigates no wars.

“Alexander is no god, since he must taste of death,” continued the sage in quiet scorn. “How can such as he be the world’s master, when he has not yet seated himself on a throne of inner universal dominion? Neither as yet has he entered living into Hades, nor does he know the course of the sun through the central regions of the earth, while the nations on its boundaries have not so much as heard his name!”

After this chastisement, surely the most caustic ever sent to assault the ears of the “Lord of the World,” the sage added ironically,

“If Alexander’s present dominions be not capacious enough for his desires, let him cross the Ganges River; there he will find a region able to sustain all his men, if the country on this side be too narrow to hold him.

“Know this, however, that what Alexander offers and the gifts he promises are things to me utterly useless; the things I prize and find of real use and worth are these leaves which are my house, these blooming plants which supply me with daily food, and the water which is my drink; while all other possessions which are amassed with anxious care are wont to prove ruinous to those who gather them, and cause only sorrow and vexation, with which every poor mortal is fully fraught. As for me, I lie upon the forest leaves, and having nothing which requires guarding, close my eyes in tranquil slumber; whereas had I anything to guard, that would banish sleep. The earth supplies me with everything, even as a mother her child with milk. I go wherever I please, and there are no cares with which I am forced to cumber myself.

“Should Alexander cut off my head, he cannot also destroy my soul. My head alone, then silent, will remain, leaving the body like a torn garment upon the earth, whence also it was taken. I then, becoming Spirit, shall ascend to my God, who enclosed us all in flesh and left us upon earth to prove whether, when here below, we shall live obedient to His ordinances and who also will require of us all, when we depart hence to His presence, an account of our life, since He is Judge of all proud wrongdoing; for the groans of the oppressed become the punishment of the oppressor.

“Let Alexander then terrify with these threats those who wish for wealth and who dread death, for against us these weapons are both alike powerless; the Brahmins neither love gold nor fear death. Go then and tell Alexander this: Dandamis has no need of aught that is yours, and therefore will not go to you, and if you want anything from Dandamis, come you to him.”

With close attention Alexander received through Onesikritos the message from the yogi, and “felt a stronger desire than ever to see Dandamis who, though old and naked, was the only antagonist in whom he, the conqueror of many nations, had met more than his match.” 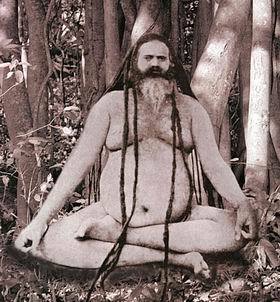