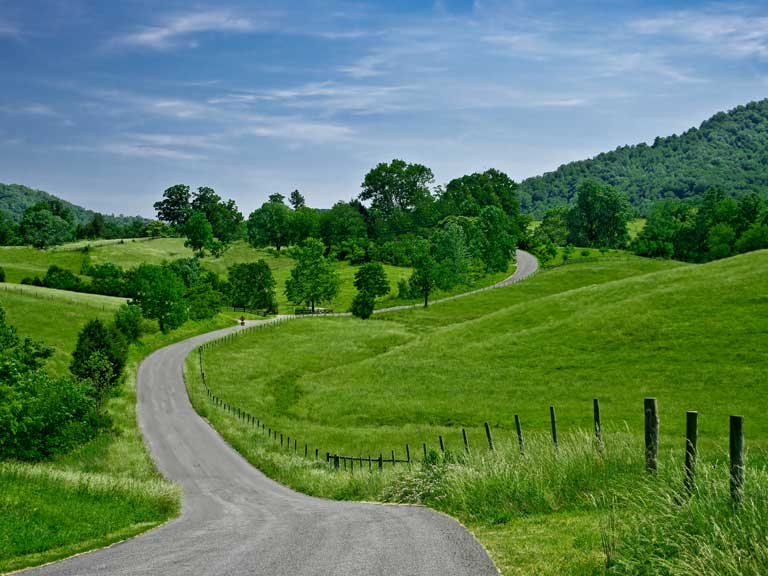 Sitting at a Dharma talk at Plum Village—in south-central France in the summer of 1996—I gazed for a few long seconds out of the large community tent, allowing Thich Nhat’s Hanh’s words to drift into the background of my attention. In the foreground now was a country road—maybe a football field’s distance away—upon which passed a series of slow-driving cars.

I thought: How sweetly poignant and amazing—that these people driving by in their cars are at once so close and yet so far away from sharing in the gift of this Dharma talk.  If only they knew (and perhaps some part of them does?) that less than 100 yards away the deepest truth was being spoken.

What if they did realize that something truly excellent was happening, less than a stone’s throw away? Would they slow down a bit, maybe even pull over and park their car on the gravelly shoulder, wander on foot toward the tent? But his never happened ….

And so it is, perhaps, with mind’s speeding highway (or lazy country road) of thoughts: so close and yet so far from a deeper and infinitely more satisfying “dimension” of consciousness. Just traveling through, oblivious to something so miraculous …

This Plum Village memory floated to the surface once again, just recently as I was watching the movie Harold & Maude—which though produced in 1971 had somehow remained hidden from me, until now.

How is it possible, I found myself wondering, that I had failed to notice and fully appreciate this little gem, for all these years and decades? How many times had I heard mention of its title—but chosen not to follow through? It’s a mystery.

Anyway, my guess is that, if anyone, it would have been Maude (perhaps with Harold and/or tree in tow) that would have pulled over and crossed the field to join us 🙂