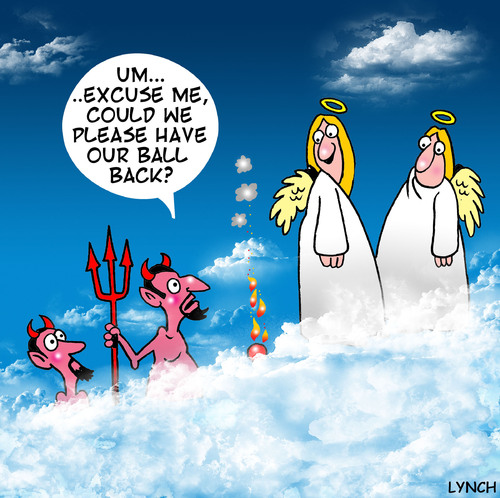 There was once a Zen master who was asked by a samurai warrior to teach him the meaning of hell and heaven.

When the master answered, “I will never teach anything to anyone as violent and idiotic as you,” the samurai became very angry, raised his sword, and was about to stab the master.

The master said to him, “That is hell.”

Immediately, the samurai understood, threw down his sword in recognition, and bowed to the master with faith.

Then the master said, “That is heaven.”

Though renderings of this parable appear in a variety of contexts, this particular version is excerpted from Welcoming Flowers from across the Cleansed Threshold of Hope (an answer to Pope John Paul II’s criticism of Buddhism) by Thinley Norbu.

The point, of course, is that heaven and hell are—above all else—projections of dualistic mind. They are phenomena that appear in accordance with the negative habit-energy of ignorance. The suffering (now) of hell-states and the suffering (sometime later) of heaven-states (when they inevitably dissolve) is the result of dualistic grasping: a mental-emotional phenomena.