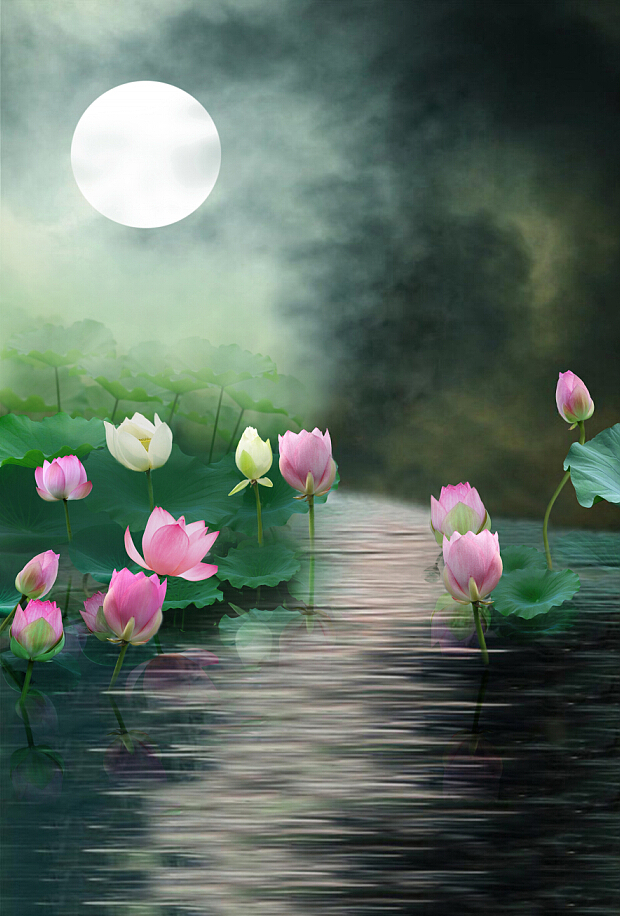 In a previous post, I introduced a psychological model rooted in Vasubandhu’s Thirty Verses on Consciousness Only—which sheds light on how unconscious or subconscious habit-patterns condition our current experience.

Neither Random Nor Rigidly Determined

Just as important as understanding how such conditioning happens, is understanding how these causal influences can be modulated or dissolved. The very possibility of such modulation rests in the fact that the appearances of our body-mind-world are neither totally random nor rigidly determined.

In the idiom of Yogacara, what western psychology refers to as unconscious or subconscious habit-patterns are known instead as “karmic influences” or—more metaphorically—as seeds in the alaya-vijnana (store-house consciousness).

While it’s just a theoretical model—a laboratory apparatus of sorts—the imagery of seeds in the store-house consciousness can be a useful one. Now obviously mental-emotional habit-energy cannot be identified via our sensory organs in the way that, say, an apple seed can. Such habit-energies may be felt as tensions in the body and/or mind—but you could never place one of them in the palm of your hand.

But such karmic seeds are similar to apple seeds in the sense that while planting them may set the stage for their ripening—it in no way guarantees how (or even if) that ripening will actually manifest.

If we lived in a strictly deterministic universe, then planting an apple seed would in all cases and inevitably lead to the growth of an apple tree. But this isn’t how it is. All variety of causes and conditions—e.g. rich soil, sunlight, rain—have to come together in just the right way, for the seed to become a fully-grown tree.

And even once it sprouts and grows into a tree, the quality of the fruit that it bears will depend upon things like: receiving amply rain; tender blossoms avoiding a hard frost in spring; not being heavily shaded by the branches of another tree; not being destroyed by neighborhood kids climbing in its branches, etc.

So while planting a seed is necessary for a new apple tree to manifest, it’s not sufficient.

But there are natural patterns—viz. the so-called laws of nature—that operate relatively reliably. In other words, appearances do not appear in ways that are completely random. If I plant an apple seed, I may not always get an apple tree—but I almost certainly will not get a mango tree or tomato plant or orchid.

And the same is true for seeds in the alaya-vijnana, aka karmic influences, aka unconscious/subconscious habit-patterns. Such influences unfold in ways that are neither rigidly deterministic nor entirely random. We might say, instead, that they unfold within a realm of probabilities—which can be altered along the way. And it’s for this reason precisely that spiritual endeavor makes sense.

If the karmic seeds within the alaya-vijnana were strongly deterministic—or if their effects were entirely random—then neither contemplative practice nor creativity would have any meaning. The very fact that their influence can be modulated, softened or fully dissolved is what makes deep transformation possible.

Switching from the metaphor of planting seeds to that of producing movies: moment by moment we have a hand in writing, directing and producing the movies that constitute our body-mind-world. Influencing happens!

Even once the film is up and running, we can make on-the-fly edits, e.g. can cut and splice or insert new scenes and dialogue. While certain causal processes are unfolding (the movie-reel is running), there’s another dimension of influence—operating at something like a “right angle to” the horizontal causal processes—that we can activate.

In Anne Klein’s Unbounded Wholeness these two paradigms of influence are referred to as causal and acausal narratives (p.97):

In its epistemological narrative, the categories of spontaneous presence, dynamic display, and playful manifestation constitute the central element of Dzogchen’s response to this issue:

“If one unmistakenly realizes one’s own mindnature, one also understands all phenomena of cyclic existence and nirvana, internal and external, as unbounded wholeness. Therefore, both the welfare of oneself and the welfare of others are spontaneously present; one abides naturally within the great equality that is the nonduality of Buddhas and sentient beings. Because there are no narrowly purposeful activities, there is no contradiction.” {103.2-3}

The point is that regardless of influences that have already been set in motion, there’s always the possibility of shifting in the direction of something more beautiful, more healing, more wise and loving and true.

We might speak of such moments of influence in terms of intention, agency, or will—but the subject of such influence is never personal: never a separate-self that is actually doing it.

How a work of art can skillfully shift a cultural narrative is demonstrated beautifully by the movie Moonlight, which won an Oscar for best picture in 2017.

This film is, in part, a coming-of-age story. In part it’s a coming-out story (highlighting the intersection of race and sexuality). In part it’s an exploration of the psychological effects of growing up in a culture of chemical addiction.

Gorgeous cinematography, a beautiful sound-track, and brilliant acting make it an absolute pleasure to view.

But more than anything, it’s one of the most heartbreakingly tender films you’ll ever see.

Central to the poignancy of Moonlight is how we witness the intergenerational transfer and/or transformation of habit-patterns. For some of the characters, the patterns simply reproduce themselves. Other characters are able—in small or large measure—to transform their childhood conditioning in healing ways.

Moonlight is also a testament to the power of artistic vision—of a knowing whose transpersonal potency can beneficially influence and transform causal processes—infusing the scenery with the light of spirit.