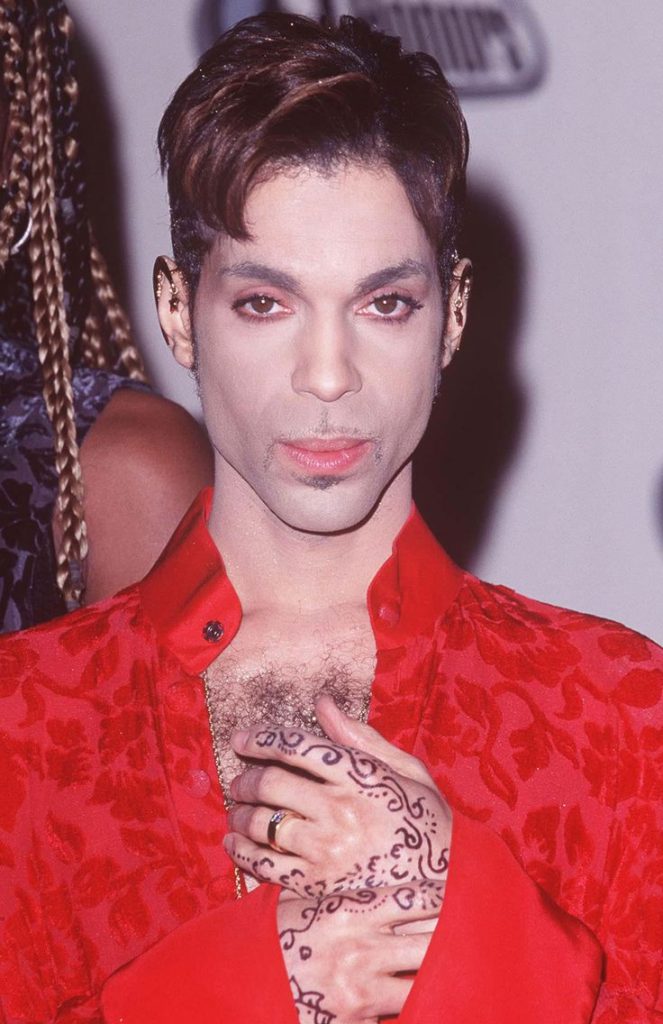 Noticing, in recent weeks, patterns of emotional energy that would seem to be connected to childhood experiences—accompanied by images from those earlier years. All to be welcomed, embraced with tender-spacious intimacy, allowed in their own time to transform, recognized as already liberated.

Among the various themes these dreamlike scenarios (these apparitions from Elizabeth’s past) present, the theme of adornment is one that often brings a smile to my face. Along with the deep contemplations they invite, there’s a silliness to them that I truly appreciate. Here’s a sampling …

I must have been thirteen or fourteen years old when I decided that I wanted to start shaving my legs. When I presented the idea to my mother, her response was immediate and (to my thirteen-year-old ears) a bit shocking: “You know, once you start shaving your legs, you have to do it every day for the rest of your life.”

Not to be deterred, I expressed my willingness to take this leap, to take on this new responsibility. And for several years at least I was quite religious in my obligation to complete this task daily, without exception.

But in that moment, somewhere in the back of my thirteen-year-old mind, certainly I was wondering: What exactly might happen, if I miss a day, or two or three? Would my prepubescent leg-hair suddenly emerge as the fur of a bear? Or the spikes of a porcupine? Would it change in color from brown to neon-green? Or initiate some horrible skin disease?

Certainly, there was an intelligence that questioned the stark finality of this edict. Because I can recall feeling genuinely taken aback by it, not at all expecting such an apocalyptic reply to my seemingly innocent query.

The first day that I broke my vow to “shave my legs every day for the rest of my life” was most likely the day after I broke my leg. This happened during my freshman year at college, on a basketball court: a midair collision and hard landing which fractured the tibia, fibula, and talus of my left ankle.

The morning after, I was in a hospital bed, enduring/enjoying a slow morphine drip, and awaiting surgery. So, clearly no opportunity for shaving my legs 🙂 .

Later that year, back at my parent’s home for summer recess, I reconnected with a high-school friend: a guy named Dave who was now on his college swim team. Since swimming was pretty much the only physical activity that I could do (once my cast was removed), Dave offered to be my rehab coach—creating a series of swim workouts and accompanying me to the local pool several times a week.

By the end of the summer, my hair was perpetually slimy, my skin exuded eau de chlorine, and my resting heartrate (as confirmed by the surgeons who removed the pins from my ankle) was in the 40’s!

While I had not resumed shaving my legs, I had learned that male (as well as female) swimmers—including my friend Dave—often shaved their legs, to reduce friction as they moved through the water and hence provide a competitive advantage.

And, importantly, I got to notice that, as far as I could tell, nothing catastrophic had happened since abandoning my daily shaving routine. The sun was still rising in the east, setting in the west, etc.

After our swim workouts—two hours or more by the end of the summer—Dave and I were in the habit of treating ourselves to pie: to whole pies, shared deliciously. The first one was banana cream, purchased at a store devoted wholly to pies and other pastries. Since we had forgotten to bring utensils, we ended up just scooping it out of its pie-tin and eating it with our hands/fingers—barely able to swallow amidst all the giggling.

Doing it this way was so much fun that it became our ritual: pie sans utensils, with abundant laughter, in the front seat of Dave’s car after swim workouts. And how certain flavors— blueberry, cherry, pumpkin, lemon meringue—would leave their corresponding stains on our fingers, as a happy reminder of the feast.

Some years later, I would learn that it was not only male swimmers but also male cyclists who often shaved their legs, for competitive advantage and/or a sport-chic look. In Boulder, Colorado, for instance, it sometimes seems that there are more guy-cyclists than there are women with shaved legs 🙂 .

Right around the time that I had taken the leap into leg-shaving in-perpetuity, my younger sister, Kristin, was starting to experiment with face makeup. And on some holiday—Thanksgiving perhaps, with aunts and uncles and cousins visiting—she offered to apply makeup to my face, also.

And so it was, that we emerged together from our basement bedroom, with fully made-up faces, to join the festivities. And what a hit we were! The attention, appreciation, and validation that we garnered—from the uncles, in particular—kind of blew my mind. And for a while, I enjoyed it.

But it also left me feeling a bit confused, annoyed, and disheartened. After all, was I not the same person that I was the day before, when (without makeup) I was basically ignored by these same people who now were lavishing me with google-eyed affection? The superficiality of it was so obvious, so blatant, so impossible to ignore.

So, while my sister (who would go on to receive formal training as an actress) continued her makeup experimentations—and became quite an accomplished artist—I did not. The remainder of my high-school years were completed with a face au naturel.

When I left for college, however, I succumbed once again to the cultural conditioning that says: a true woman wears makeup. So I purchased the basics, kept them in a little zippered pouch that I would carry each morning to the dormitory bathroom, to apply the absolute minimum to my freshman face.

After a few months, this minimalist approach to makeup application had reached its zenith: a haiku-style of 17 strokes at most, barely touching the skin. Just an empty ritual which, by the end of the year, I had fully abandoned.

Now, of course, the ways of adorning a human body are vast and varied: There’s the wardrobe—what clothes to drape upon the body, shoes to place upon the feet, hats upon the head. And seemingly endless options re: head-hair styling/coloring.

There’s jewelry: bracelets, earrings, necklaces. There are tattoos and piercings, for those so inclined.

Is there something that, for guys, is as obligatory as facial makeup is for women? Shaving the face, perhaps? Or—for businessmen at least—the suit/collar/tie?

For actors, news anchors, and other TV personalities, paying careful attention to costume and makeup is a professional requirement: for men and women alike. But just walking down the street, the overwhelming majority of people sporting makeup are women, yes? What’s up with this?

It was questions such as these which—during my undergraduate and graduate studies—led to a deep-dive exploration of identity politics. And while I found such explorations as fascinating as they were liberating, the inquiry now is of a different sort.

The question has become: When is adornment an authentic transparent expression of my True Self, and when is it a form of avoidance, manipulation, or deceit?

From the point of view of nondual spiritual inquiry, we could say that ultimately there is no problem with any of it. It’s simply how Awareness is appearing, moment by moment—the dance of Lila.

And yet, if we aspire (via our human vehicle) to think and act and speak in ways that are transparent to our True Nature as Pure Awareness—and we acknowledge degrees of such transparency—then it makes sense to consider the question.

I sometimes think: How wonderful it would be to be a monk/nun with just one set of clothes (a robe of some sort) and a shaved head, eliminating the need for daily wardrobe and hairstyle decisions.

Or, equally excellent, a yogi/yogini meditating in a high-mountain cave or wandering through the forest in a simple robe (or full-on birthday suit!) with hair allowed to grow out indefinitely.

Though it doesn’t seem to be Elizabeth’s dharma, in this lifetime, to formally enact such a role, there are periods where their spirit shines through brightly. How easy it is, for weeks on end, to appear in more-or-less the same outfit each day, e.g., comfy sweatpants and favorite t-shirt!

After a while, however, I’ll notice the impulse to express a bit more creatively in this aspect of my life. The silk scarves whisper their elegant or whimsical possibilities. The colorful drawstring pants, the warm knit sweaters—like neglected friends seeking renewed connection—draw me once again into their orbit.

But I digress. Let’s return now to exploring various possible motivations for adorning the body, in this way or that.

When are wardrobe, jewelry and/or makeup choices innocent expressions of creative energy? And when are they motivated by a sense of sleepy or fearful conformity, or rageful rebellion?

When is bodily adornment used as a strategy of manipulation or deceit? And when is it mostly about masking something we’re ashamed of?

When is it about needing approval—seeking to seduce or impress others, to bolster our self-esteem? When does it derive from a need to conform—a fear of being labeled as a rebel. Or, conversely, from a desire to be rebellious: to say f**k-you! to this or that individual/institution?

Or to clearly signify our membership in a particular group?

The impulse (among some Truth-seekers) to become ensconced within the stance of witnessing Awareness—with a subtle (or not-so-subtle) avoidance of embracing all phenomena as aspects of this same Self/Awareness—is sometimes referred to playfully as a kind of “witness protection program.”

In this spiritual “witness protection program,” worldly phenomena are felt and believed to be dangerous, and so avoided at all costs. Our safety (or so we believe) lies in remaining perpetually distant and aloof from all worldly concerns.

The flipside of such a strategy might involve setting up something akin to a “fashion/adornment blockade”—or employing fashion as body-armor. Rather than hiding out as the dissociated witness, we hide out within our chosen adornments—using our identification with them as a protective shield, a blockade to prevent the enemy (whoever that is!) from gaining access.

In both cases we’re still embroiled within the fear/desire polarity.

As we’ve seen, there are ways that adornment of the human body can be an expression of ignorance.

Can it also be an expression of wisdom and creative freedom? Yes!

Like a painter with his blank canvas, or a composer with her musical staff, or a dancer poised upon his/her stage—adorning our human body with fabric, makeup, and/or jewelry can be a genuine expression of playfulness, creativity, and celebration. Why not?

Adorning the body can be a form of Divine adoration—just one instance of the Divine adoring his/her creations.

I-as-Awareness am playfully adoring all my manifestations, including human bodies.

It’s just good to be clear about our motivation: Is such adornment an expression of freedom; or is it an expression of ignorance/bondage? Are we transparently expressing our True Nature, or are we masking/distorting it?

Ultimately, all phenomena—lions and ladybugs; Mount Kailash and the Sistine Chapel; redwood trees and skyscrapers; as well as human bodies—are adornments of Awareness/Being: God enjoying the display of her wide-ranging wardrobe.

Or, as the Sufis sing: “Everywhere the eye falls is the face of God.”
(Sometimes with full makeup and sometimes, not.)

And how delicious is this paradox—that phenomena, God’s adornments, can simultaneously reveal and (playfully) conceal her radiant Presence!