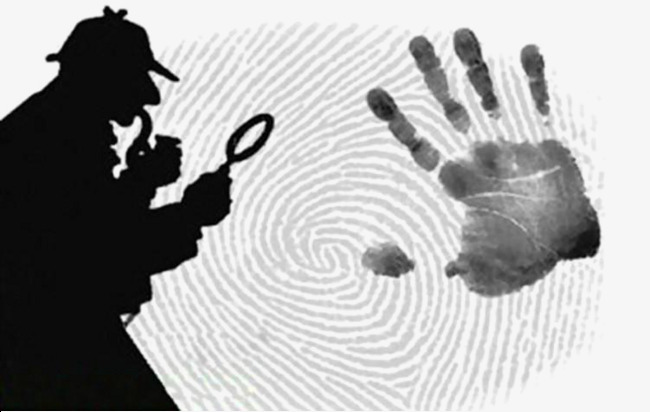 You may be familiar with detective shows—e.g., Poirot, Inspector Morse, NCIS, Sherlock—whose plot periodically features a bad-guy who deletes a segment of security-camera footage, in order to commit a crime, unobserved.

Say, for instance, the bad-guy is planning a heist of a jewelry store. There are a variety of ways that security-camera footage might be eliminated:

1. Most crudely, the bad-guy, upon entering the jewelry store—as his first order of business—locates the security camera and shoots it out.

2. Alternatively, an “inside man” partner—in cahoots with the thief—turns the camera off for the duration of the heist. So, for instance: if the heist is going to begin at noon and be completed by 12:15pm, then the security-camera is turned off at 11:55am and turned back on at 12:20pm.

3. Or, most deviously, a repeating loop of previous visual footage is inserted into that 11:55am to 12:20pm time-frame—replacing the actual events (viz. the heist) that occurred during that time.

The detective would see, for instance, a handful of customers browsing the store’s jewelry cases, admiring the various earrings, necklaces, rings and bracelets in a relaxed and interested manner. Then, suddenly, the detective would be viewing the aftermath of the robbery: smashed jewelry cases, the pandemonium of policemen and paramedics, bloody fingerprints, etc.

In viewing such a video, the contrast between the two scenes would be jarring—and would encapsulate the mystery of the case to be solved. What happened during that “lost time”?

In order to answer this question, the detective would commence interviewing the shop owner and any customers or passers-by that happened to be present during the jewelry heist. Even though the detective himself isn’t able to view the video record of the robbery, he can infer some of what happened via the testimony of witnesses.

What is true of security cameras in a jewelry store is true also of the “recording device” of the human body-mind, with its sensory organs, brain and nervous system. When the device is turned on, objects and events are recorded and organized (at least in the waking-state) in a way that seems more-or-less continuous. One thing follows the next in a way that “makes sense,” given our understanding of the laws of physics, etc.

With compassionate rather than nefarious intentions, a surgeon may choose to turn off the body-mind recording device of his/her patient by administering a general anesthesia prior to the operation. Such anesthesia will typically include drugs designed to facilitate pain relief (analgesia) and memory suppression (amnesia).

The reasons for this are obvious: Most people prefer not to experience all the tactile sensations associated with, for example, having their appendix removed. And most people prefer to not have a visual, auditory or kinesthetic memory of all the gory details of such a procedure. The general anesthesia basically guarantees this.

In the Recovery Room

But the subjective experience of feeling the effects of the anesthesia slowly and then quickly take hold—and then in what would seem to be the very next moment waking up in the recovery room—is singularly bizarre, and unlike almost any other experience.

With the memory-making video-camera functions of our human body-mind having been temporarily turned off, we now find ourselves in basically the same position as the detective viewing the altered security-camera footage after the jewelry heist.

While we can see the scar on our abdomen—and so infer that our appendix has indeed been removed—the time-stamp comparison along with our experience of radical discontinuity betrays the fact that a chunk of information/data is missing: has not been recorded. And this is true. That particular data has not been recorded—at least not via one particular body-mind, whose memory/recording device was turned off.

And the extent of the gap—not just a few seconds, but rather several hours—makes it nearly impossible for the conceptual mind to patch up the narrative (using available sensory data) in a way that retains our habitual sense of space-time continuity.

And just like the inside-man accomplice turned the security camera back on after the heist was complete; so the functioning of our body-mind recording device is restored once the anesthesia wears off.

The Location of the Gap

What, if anything, does the radical discontinuity experienced with anesthesia tell us about Awareness?

If we attribute Awareness to phenomenal objects/events, then a radical discontinuity in the arrangement of objects or the sequence of events may be interpreted by the conceptual mind as a discontinuity, also, in Awareness.

Does Awareness come and go, in tandem with objects and events that come and go?

Does the eternality and indestructibility of Awareness require the experience (via the point of view of a specific human body-mind) of space-time continuity?

If we believe Awareness exists in and is dependent upon space-time, then a noticeable gap (i.e. the apparent disappearance of a chunk of space-time) leads us to conclude that Awareness also has disappeared.

But if, instead, space-time exists within (or arises as an ornament of) Awareness—like waves arising on the surface of the ocean—then a radical discontinuity in space-time objects/events doesn’t necessarily imply a discontinuity in Awareness—only that current meteorological conditions have created uncharacteristically choppy and chaotic wave patterns.

The experience of anesthesia may seem utterly unique. But there actually are many other examples of similar discontinuities in space-time appearances—less extreme than anesthesia but, I propose, in the same general category—which we’ll explore in a future post.