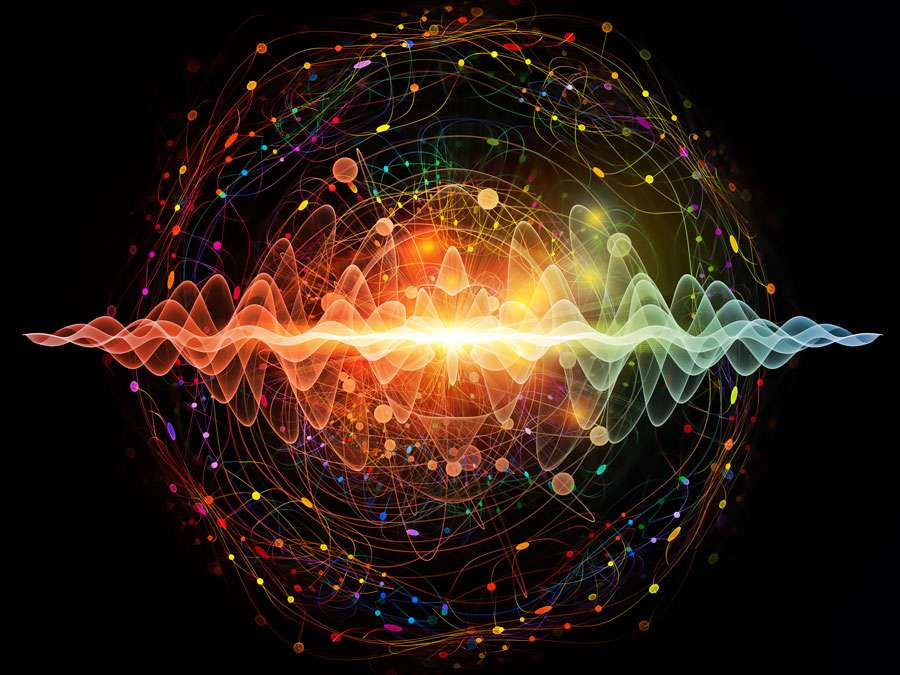 The field is the sole governing agency of the particle.

What A Human Sees

I recently came across the following definition of a particle—a riff, perhaps, on the more well-known Einstein quote—which I’m liking quite a lot:

A particle is what a human being sees, when they look at a field.

So far as I call tell, this definition accords with recent research in quantum field theory—which reveals particles to be excitations of fields.

A particle is not so much a separate “thing,” as it is a ripple on the surface of an underlying field. And it is the fields—e.g. electromagnetic, electron, strong nuclear, weak nuclear, Higgs, etc.—rather than the particles that are foundational.

To the extent that the human organism—brain, nervous system, sensory organs—processes information digitally, what appears within our ordinary perception will be particulate: differentiated names and forms.

And yet, it’s also fair to ask: Aren’t the cells, molecules and atoms that comprise human sensory organs as well as the neurons and other structures within the brain themselves quantum systems?

And the answer is yes—if we apply our observation to that level.

So then, the million-dollar question: At what point do the rules of the quantum universe give way to more classical formulations? Or will these always remain distinct frames of reference?

And is there some kind of perceiving that is not conditioned by the human body-mind organism? Can we somehow perceive from the field rather than via (apparently) differentiated sensory organs?

Is awareness itself usefully described as being a field? Or is it more like the “space” within which all quantum fields appear?

Along similar lines, it’s interesting to note that it is the kinetic energy within an atom—rather than any kind of solid entity—that constitutes 99% of what we experience as mass. And this, of course, aligns perfectly with Einstein’s famous equation: e=mc(2).

Do we typically understand and experience weight in terms of mass rather than energetic movement—and our body as a lump of matter rather than a dance of interweaving fields—simply because of our habitually materialist assumptions?

Or is it because we have so strongly identified with the body—hence crystallizing it into a more seemingly-solid entity—rather than remaining as the nonlocal awareness that is the perceiver of the body?

In Buddhism, the different (though ultimately inseparable) dimensions of awakened experience—i.e. aspects of the nature of mind and reality—are described in terms of the trikaya: the “three bodies” of a Buddha:

1. Dharmakaya or “body of essence” is wholly undifferentiated reality.

2. Sambhogakaya or “body of enjoyment” are subtle forms perceivable only to some human beings.

3. Nirmanakaya or “body of transformation” are forms perceivable to most human beings (e.g. the human body of a sage).

Is there a useful parallel between this trikaya formulation and the quantum/Classical lenses in physics?

As of late, I’ve been playing with differences between field and particle on a more metaphoric level, as a tool for exploring aspects of my own experience. For instance:

Of feeling largely content, sweetly satisfied: knowing that most fundamentally all is well, and it could not be any other way. And yet, still faced with choices regarding how to cultivate (or not) my body and mind; how to intentionally navigate (or not) social position; and how to create (or not) a more coherent professional brand.

* Is this what it’s like to be the caterpillar, fully dissolved in its chrysalis … with the butterfly-form still no more than a faint impulse?

* Is this what it’s like to be a droplet dissolved in a gently flowing stream, reveling in expansiveness while at the same time yearning for the more cozy (if ultimately illusory) confines of a swirling vortex?

* Is this what it’s like to be a quantum field in its wholeness, drawn irresistibly—every now and again—into the excitation, the ripple that human eyes detect and name: particle?

If Sat is being/existence, and Chit is consciousness/awareness, and Ananda is the joy of realizing their non-separation—then questions such as the following can be understood in a new way:

Does awareness effect reality, as in “conscious observation collapsing the wave function.”

Or does reality effect awareness, as in “brains generating conscious experience.”

If reality and pure awareness are ultimately not-two, then perhaps these aren’t even the right questions?

Mind and the Nature of Mind

In the Dzogchen tradition, the “nature of mind” refers to intrinsic awareness: the inner “space” within which thoughts, images, sensations and perceptions come and go.

Here’s a passage that explores the parallelism between nature of mind and nature of reality, from Self-Liberation through Seeing with Naked Awareness—a terma text of Guru Padmasambhava. This excerpt (p.61) is from the commentary by John Reynolds …

Initially we may think that appearances must arise from somewhere at the beginning, then in between they must remain somewhere, and finally at the end they must go somewhere.

But when we look into this, observing our own mind, we find that it is like a crow gazing into a well at his own reflection. He thinks that he sees another crow there and, flying away again, his reflection departs with him. In the same way, all appearances arise out of the mind. It is the source of all our experience internal and external. Appearances arise from the mind and are liberated into the mind.

The nature of the mind, whereby we know everything and are aware of everything, is empty and luminously clear. Just as is the case with the sky, its emptiness and its clarity have been inseparable from the very beginning. Our manifest self-originated primal awareness arises as luminous clarity and that, becoming systematically established in an orderly fashion, is the Dharmata, the nature of phenomena.

All phenomena, everything in the entire universe, are like the objects which are set before the mirror and this mirror is the nature of the mind. Since this latter is aware and clear, we come to understand that it is also like the sky.

However, although we use this example of the sky as a means to indicate the nature of the mind, still this is only a simile which illustrates things in a one-sided way. The nature of the mind is empty, clear and aware everywhere, whereas the sky is neither aware nor intelligent. The real significance of the mind cannot be defined by such similes and metaphors. 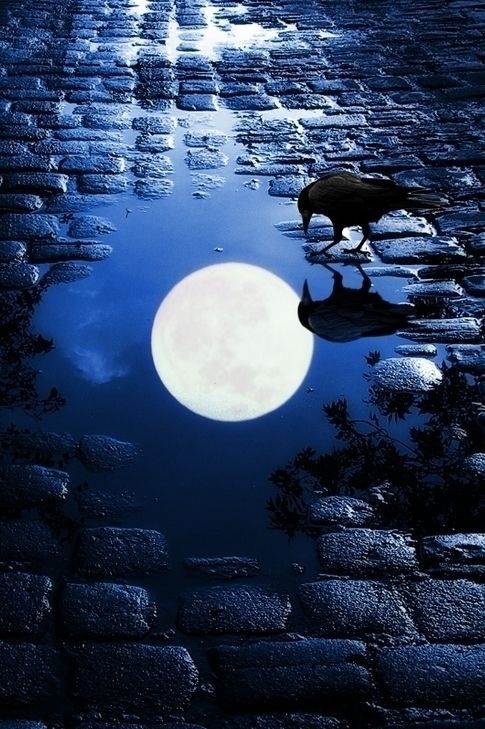