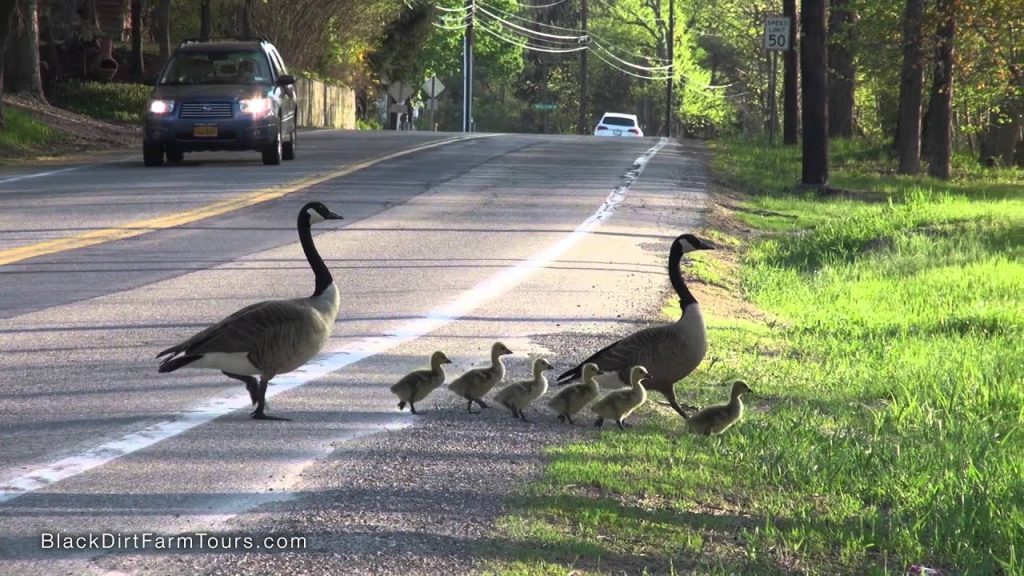 A few days ago, as I was exiting the parking lot of the Boulder public library, a small flock of geese—four or five of them—were walking across the street.

Now, of course, geese have wings—so they could easily have flown across the street. But for whatever reason they were, instead, walking.

The street they were crossing was a fairly busy one, with cars approaching from all four directions of the intersection. But, seeing the geese hopping off the curb and into the street, the cars all came to a halt.

Not one of the drivers leaned on their horn, to startle the geese into flight. Not one rolled their car into the intersection, to hurry them along.

Instead, a sense of infinite patience, loving tenderness, effortless protection—enveloped the intersection, as we all, collectively, watched the geese cross safely from one side of the road to the other side.

Sometimes, when we feel rather frustrated and helpless to influence circumstances unfolding at a distance—beyond our sphere of immediate influence—being able to extend even small acts of kindness, caring, protection—is a great gift.

A couple days after witnessing the geese-crossing, I was driving back home from the recreation center. It was cold—quite cold—with a light snow swirling.

I didn’t realize just how slick the road had become, so was surprised when—during an attempted left turn off a four-lane street—my car began to spin, slide, and careen off course.

The car came to a halt, finally, a dozen or so feet beyond the street I was attempting to turn onto. It was perpendicular to the two lanes of oncoming traffic.

Luckily, the car that had been approaching from that direction had time to stop—as did cars traveling in the opposite way. So, I was able to put the car into reverse, back up a few feet, and gingerly complete the turn off that street.

Having made my way to safety, I felt immediate gratitude for the other drivers who had been attentive enough to notice my situation—and kind and patient enough to stop, and wait for me to take corrective action.

Like the geese, I had been on the receiving end of human kindness and loving care—of a moment of knowing spontaneously what to do—from the heart of understanding that: “We’re all in this together.”