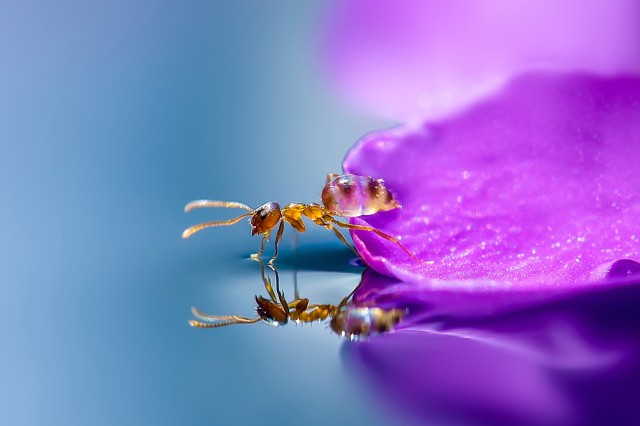 Three times in as many weeks, I’ve come across articles and/or online discussions on the topic of spiritual intimacy vs. human emotional intimacy.
Questions that have been posed and then discussed include:

In each case, the answer that arose from my heart-mind—to the question of which form of intimacy is most important—is that it’s not an either/or scenario. It’s not about choosing one over the other, because true intimacy is precisely the dissolution of this distinction between human and Divine.

And while this still feels true, I’ve also enjoyed—over the past couple weeks—noticing all the paths and byways and meanderings of this contemplation on the relationship between spiritual and human intimacy. Here’s a bit of the travelogue …

I’ve watched quite a few detective/murder mysteries—and even more so over the past 18 months, with covid-19 quarantine restrictions in place. I tend to prefer the British flavor of this genre: Inspector Morse (and the prequel, Endeavor), Inspector Lewis, Agatha Christie’s Poirot, Benedict Cumberbatch’s playful rendition of Sherlock, etc. Though have also very much enjoyed the outback neo-western Mystery Road; the gritty Bosch; the unique historical-crimes-based Unforgotten; and the psychologically intense Broadchurch.

Why do I so enjoy a good murder mystery? Mostly, because it feels like a puzzle that I get to solve, right along with (and perhaps even before) the detective. With a combination of intuition and rational analysis, I get to figure out the who and why and how of the crime. It’s fun!

Now, the most ubiquitous theme of a murder mystery is, of course, the murder itself. There will always be a human body whose life-force has been extinguished, under nefarious circumstances. Without a murder, there can be no murder mystery. Obviously.

But almost as ubiquitous as the dead body is another theme, which appears—with startling regularity—in murder mysteries. And this is the theme of the jilted lover and/or unfaithful spouse, who almost inevitably becomes central to the plot in some way: as a motive, or a suspect, or a witness, or as the killer him/herself.

But the jilted husband/wife/lover theme—with all the attendant emotional upheavals (attachment, jealously, suspicion, betrayal, etc.)—is not at all exclusive to murder mysteries. Drama, comedy, romance … also rely consistently upon the volatile interpersonal triad of supposedly committed partners and a clandestine lover.

Honest question: What makes this theme such a compelling one? Why don’t we get tired of it? Clearly the demand for its theatrical portrayal is high. Otherwise, why would a good 98% of all murder mysteries, dramas, and comedies include it? It’s a mystery …

Meanwhile, in the United States, 50% of marriages end in divorce.

Meanwhile, within our legal system, so-called “crimes of passion” often get a reduced sentence: from murder to involuntary manslaughter (in virtue of “temporary insanity”). As though it were somehow perfectly understandable for undying love to turn—on a dime—into murderous rage.

Meanwhile, the quiet voice of the young child saying: “The emperor has no clothes!”

Eckhart Tolle pretty much nails it in this playful-serious analysis of unrequited love—and our intransigent collective ignorance/insanity in relation to romantic expectations:

Rewind to last December, a couple days before the Winter Solstice.

It’s the holiday season and, as for many, things are tight, financially. With covid-related shutdowns, the income that previously I had generated via in-person yoga and qigong classes has now fully evaporated. And the freelance writing market is flooded with folks looking for work that can be done at home.

I’ve replaced some of the in-person teaching with Zoom classes. And have been applying for grants designed specifically for artists who are experiencing covid-related challenges. There’s one foundation that accepts applications monthly, and each week distributes several generous grants. I have submitted an application to this foundation every month since April, but have yet to receive a grant, and this month (December) is the final one of the program.

I’ve calculated the probability of receiving one of these grants—based upon the total number of applicants thus far vs. number of grants dispersed—and it is around 3%. So, I’m feeling a tad discouraged.

I’ve just pulled into the parking lot of an office supplies store. I’m short on envelopes, tape, a couple of other things—so intend to do a quick shop here. As I step out of my car, I notice a young man sitting on the sidewalk a few feet away. Based upon his disheveled look, and the fact that he is sitting in the middle of the sidewalk in a busy part of town, I initially assume that he is homeless and/or experiencing some kind of mental-emotional challenges.

But he’s not just sitting. He also is sketching, furiously, on a white page in a large sketchbook. Curious, I take a few steps in his direction—just enough to see what it is that he is drawing. It’s a black-ink rendering of the building housing the office supplies store, along with the mountains beyond it.

I think to myself: “That’s quite good, actually, but it needs some color.”

Immediately the idea occurs to me to buy him a set of colored pens, in addition to the other things I was planning to purchase at the office supplies store. It’s a decision that feels obvious, natural, effortless. The entire body-mind-world environment is resonating with “yes!”

But then my conceptual-mind appears with the objection: “Given your financial circumstances, is it really the best time to be buying a gift for a complete stranger?”

Nevertheless, I add a set of six or eight colored artist’s pens—with a price-tag of around $25—to my basket. As I’m walking back to my car I stop near where the young man is sitting, put the colored pen set down on his backpack, and say “Happy Holidays.”

He pauses his drawing just long enough to gaze over at the pen set, and then says, “Thank you.”

“You’re welcome,” I reply, and then turn to walk to my car, and drive away. Though I’m now $25 poorer, I’m immeasurably enriched by a feeling of peacefulness, contentment, and joy. A sense of tender intimacy with all-that-is pervades my body and mind. All is well.

And two days later I receive an email letting me know that I have been selected to receive an artist’s grant—from the foundation I had been applying to for the past nine months—in the amount of $5,000.

Even now, thinking of this brings tears to my eyes. In the moment of first reading the announcement, I literally gasped. Of all the experiences of God winking, this was perhaps the most dramatic. I had invested $25 in support of a (so-called) stranger’s artistic endeavors, and less than 48 hours later the universe had repaid the favor, more than a hundredfold.

Though this man and I had exchanged only six words, and in all likelihood will never see each other again, still the moment held such profound intimacy—not of an interpersonal sort (even though there were two people present) but rather of a wholly impersonal kind: of words and actions expressive of the most essential and inclusive harmony.

The Timeless Intimacy of Poetry

What is the intimacy that I feel with the words of Rilke, Rumi, Lalla, Longchenpa? Or when reading the Ashtavakra or Avadhuta Gita?

Does it have to do with how human meanings intermingle so effortlessly with Divine freedom?

Is it how Truth, Love and Beauty so fully pervade the words and phrases?

What is this intimacy that one can feel with beings whose bodies are long-gone, but whose words resonate with absolute clarity across millennia?

In Autobiography of a Yogi, Yogananda recounts the story of his teacher’s teacher, Lahiri Mahasaya, perpetually avoiding being photographed. And even when someone did happen to snap a photo—the image of his physical body would mysteriously fail to appear on the developed film.

His playfully profound explanation was: “I am Spirit. Can your camera reflect the omnipresent Invisible?”

As the story goes, only once did the sage permit his “bodily temple” to be photographed.

And this brings us back to the relationship between spiritual intimacy—abiding in and as our invisible essence—and interpersonal intimacy: intimacy among identifiable forms.

Can our human body-mind camera ever fully reflect or capture the omnipresent Invisible?

What we love about so-called human intimacy is the relaxation and dissolution of the (ultimately unreal) sense of separation. We love the feeling of comfort, ease, and contentment that comes from releasing unnecessary tensions and resistance.

In other words, what we call interpersonal intimacy involves the dissolution of the belief in a separate-self. But is this not, also, the very definition of spiritual intimacy?

What we love is love itself—which is (auspiciously!) our Self.