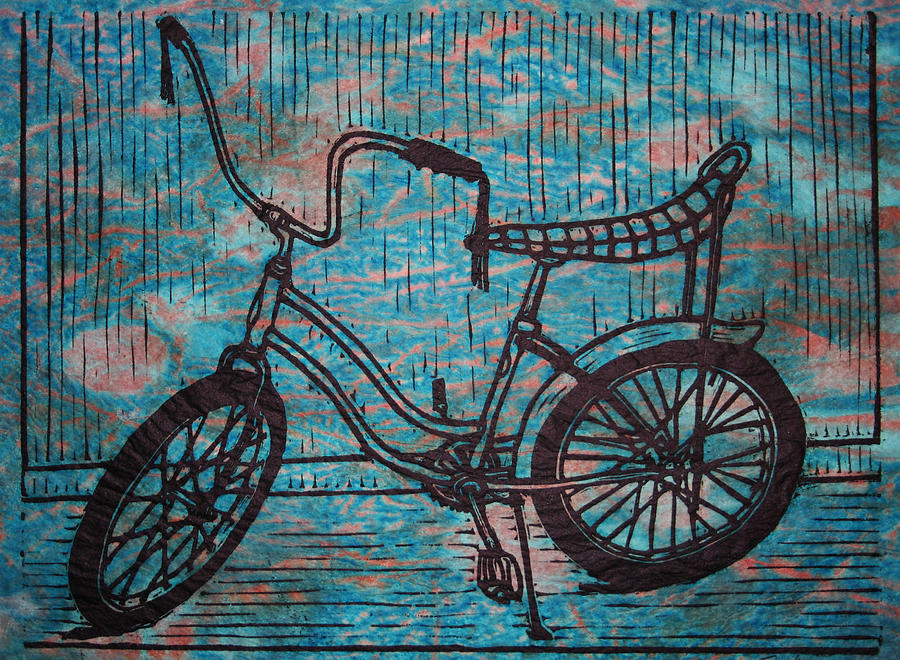 When I uttered this phrase (quietly to myself) several days ago, it immediately brought to mind the liar’s paradox, in its various iterations:

I am lying or Nothing I say is true or This sentence is a lie.

While these two statements—Never again will I say never again, and Nothing I say is true—are similar in structure, they’re clearly not identical.

Of the two, only the liar’s paradox is a true paradox: a sentence whose internal logic renders it impossible to assign a truth-value.

The sentence Never again will I say never again is simply undecidable, in the moment—because of its temporal extension. The truth-value of the statement could only be assigned in retrospect, at the moment of the death of this body and hence its capacity for speech (leaving out any possibility of future-lives).

But this is all an aside ….

My original utterance of the phrase Never again will I say never again came as I reflected upon the past five years or so, which have included the activity of writing several book-length manuscripts.

As any of you who’ve also done this already know, writing a book—even if one genuinely enjoys the process—is a lot of work! It requires substantial time and energy. It’s a big project.

After completing my first book-length project (an introduction to the Yoga chakra system, which has yet to be published) I thought to myself: I’ll never do that again!

I was happy to return to writing poems: a process which, for me, generally takes no more than a day or two, from start to finish. Like crocuses blossoming in spring, poems appear, display their beauty and fragrance for a while … and then naturally give way to the next one; and so on. They require no advance planning, just a receptivity, a kind of listening, a willingness to facilitate.

And yet …. Less than a year later I was saying “yes” to the invitation to write another book, presenting various meditation techniques. This became Meditation Now.

Upon its completion, I once again was feeling certain that that was it, really and truly: Never again will I write another book.

Within the past two years, I’ve completed two new book-length manuscripts. Both were requested of me, and each drew forth a “yes”—based primarily upon my genuine interest in the subjects. The first describes the application of a specific type of mindfulness training to psychological healing. The second is an introduction to Taoism.

Though I began the first at least a full year before beginning the second, the second will almost certainly be published before the first. The reasons for this are many: The mindfulness book involved more complex collaborations, and navigating traditional publishing protocols. Hence, it has been a more drawn-out process than the highly streamlined one that birthed the Taoism manuscript.

Hence my recent statement, with respect to writing books: Never again will I say never again.

This in spite of the fact that, right now, I’m definitely feeling that never again will I do that 🙂

Regardless of whether or not that currently undecidable statement ends up being true, the “never again” formulation is an interesting one. Why? Because it assumes things about “sameness” and “similarity” and “identity” that—upon further exploration—are revealed to be not quite as clear-cut as we might have imagined.

And this is equally the case for never-again statements applied to a particular work activity (e.g. writing a book) and never-again statements referencing a more psychologically oriented situation. A child, for instance, who has just experienced the loss of a parent, may consciously or subconsciously think/feel: Never again will I love and trust someone that fully—and hence risk a repeat of the sorrow and devastation that I’m now experiencing.

What remains of the memory of my father’s wake—an event that took place upwards of four decades ago, now—is largely encapsulated by two dreamlike scenes:

In the first, a nine-year old Elizabeth is holding her mother’s hand, as both of them stand in front of the open casket. My mother asks, “Would you like to touch him?” The question strikes me as intensely odd, and I shake my head with a barely audible no.

Later, standing at the back of the room, I observe as a long line of relatives—aunts, uncles, cousins, grandparents—file by the coffin, paying their final respects. Once again, the scenario feels strangely absurd. The husk, the shell, the deceased body of my father—while still a symbol of his previous life—is so clearly not him.

Where is he now?—is the question that floats closer and closer to the center of my attention.

At some point I become aware of a kind of presence, a sense of aliveness, that seems to be hovering just above my head, near the ceiling of the funeral home.

Is this the spirit of my father? Or is it my own subtle body, expanded and/or desperately trying to fly away from this bizarre nightmare?

In either case, I am utterly clear that the love that I shared with my father, the sweetness of that connection, its tender playfulness and genuine caring, does not reside in the coffin that has become—absurdly—the center of all of our attention. And yet, this insight does not lessen the grief that the nine-year-old girl is feeling. 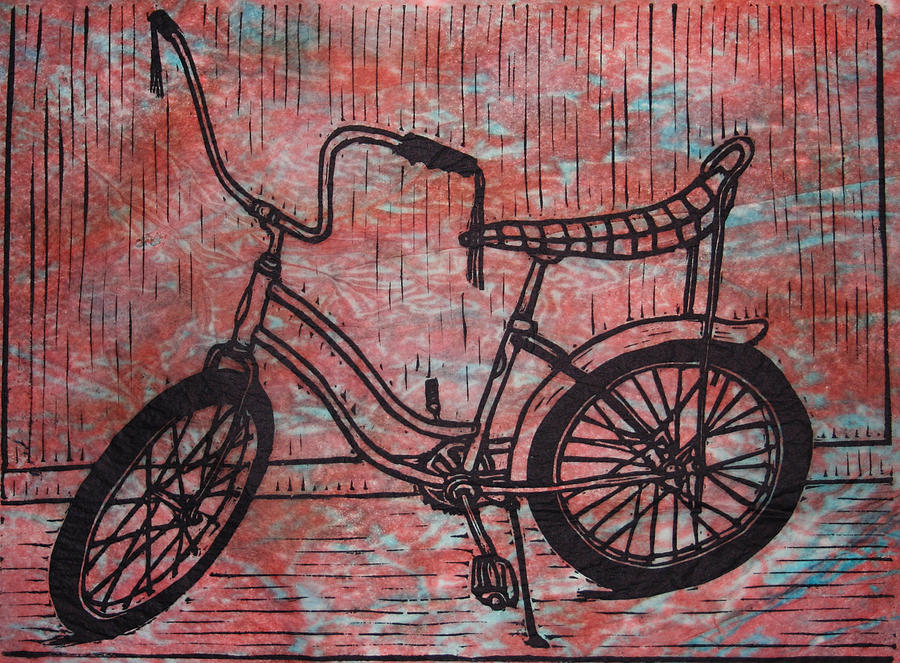 Near the Swimming Pool

Several months after my father’s wake, funeral and burial—at the height of a midwestern summer—I am riding my banana-seat bike from the swimming-pool back home.

For some reason I slow down and then stop, sliding my feet off the bike pedals and onto the ground. Then, gazing up to the sky and speaking out loud to no one and everyone, I make a promise: “When I grow up, I will become either a minister or a cancer doctor.”

My father had been a Lutheran minister, and it was cancer that ended his life.

And now, this was my contract with the universe—a supercharged intention—that acted in that moment as a healing balm, allowing me to lift myself (at least partially) from that morass of grief, and move forward with purpose.

Of all the things we experience via our human body-mind, why do certain events remain vivid in memory, while others fade away?

If life experience is the string of a mala, and its beads the events that remain in memory—then what accounts for the largest or most beautiful beads?

In my experience, it would seem that events within two general categories continue in memory, more than others:

There’s a potency that comes from direct connection to Source energy and/or psychological trauma that stamps the phenomenal images associated with the events more deeply into memory—like a royal seal.

Are these two categories of memory just variations on a single theme? Or do they represent two qualitatively different processes? This is a topic we can explore in more depth in a future essay.

Consider …. a photograph of a flower bud—say, the lavender bud of an iris or the red bud of a rose—taken on a warm spring day. You snap the photo, print out a copy, frame it, and hang it on your living-room wall. It’s beautiful!

A photo of a flower-bud will never blossom—nor, incidentally, will it ever be damaged or destroyed (in the way that an actual flower-bud might be, say in a spring snowstorm).

We’ll come back to this.

From a relative point of view, phenomena are radically unique. There is no strict repetition, ever—which makes notions such as “similar” or “same” or “identical” no more than relatively true: useful fictions, social/linguistic conventions.

In relative terms, the same/different polarity functions in various (and important) ways but is only conceptual. “Same” and “different” are mental concepts that have no actual referent. Why?

First of all: Because static “things” do not exist, ultimately. As Hui Neng famously put it: “Ultimately, not a single thing exists.” So, the ultimate truth is that things are neither the same nor different from other things—for the tautological reason that there are, actually, no separate things.

[This is similar to the question of whether a limited entity either possesses or lacks freedom. The answer is neither …. Because, in reality, there are no limited entities.]

And secondly: Even a conventionally designated “thing” can never be identical to another “thing”—because the space-time locations of the two things will always differ from one another, unless they are strictly identical, which would render comparison moot.

Consider a pair of factory-produced toy cars, apparently identical to one another: same size, same shape, same color, etc. At microscopic levels, there will be tiny differences between these two cars—due to variations in the functionality of the machines (and/or humans) that produced them. Even when working from the same design, the actual toy cars will have minor differences between them.

But let’s ignore such microscopic differences, for the moment. Imagine placing the two apparently identical toy cars on a countertop, with two feet of distance between them. Each car occupies a distinct spatial location. If one of the two cars is directly beneath an overhead light which suddenly falls down—only that car will be crushed, leaving its apparently identical car untouched.

And finally, how a given car appears depends upon the location of the observer of the car, and the quality of his/her perceptual capacities.

The point is that considering the two cars identical is only true from a radically limited frame of reference. It’s an extreme abstraction—whose truth is extremely fragile. To expect such “sameness” to maintain itself is no less preposterous than expecting a photograph of a flower-bud to blossom.

The mistakes we make regarding the same/different polarity are a subset of mistaken assumptions regarding continuity. The true source of our sense of continuity is the timeless eternal continuity of Pure Awareness—our true identity, if you will.

We feel a kind of sameness—the eternal continuity of awareness—and attribute it to phenomena which bear a relative similarity across time or space.

What physicists tell us is that phenomena (or at least our perceptions of them) are granular, quantum. We attribute continuity to phenomena (i.e. we see/cognize the ocean’s playful waving as a series of isolated, distinct waves) when we’ve lost touch with the eternal continuity of Awareness.

Bringing it back around, once again, to never again … Any thought that begins with “Never again ….” Is actually based upon a forgetfulness of the radical uniqueness of phenomena. At a relative level, the “same thing” never happens! To the extent that our mind is projecting such a possibility, is the extent of our ignorance.

Now, this isn’t to deny the importance of pattern recognition—of coming to understand the general patterns of cause-and-effect—within relative contexts. But phenomenal patterns are also subject to kaleidoscopic transformations. They are not written in stone—or as photographic images, static and everlasting.

Pi In My Face

And yet …. The seemingly ubiquitous truth of the “laws of nature” and certain mathematical principles, e.g. the ratio between the circumference and diameter of a circle (Pi) may provide examples of phenomena that do indeed repeat themselves, again and again.

But this, also, is a topic for a future essay … 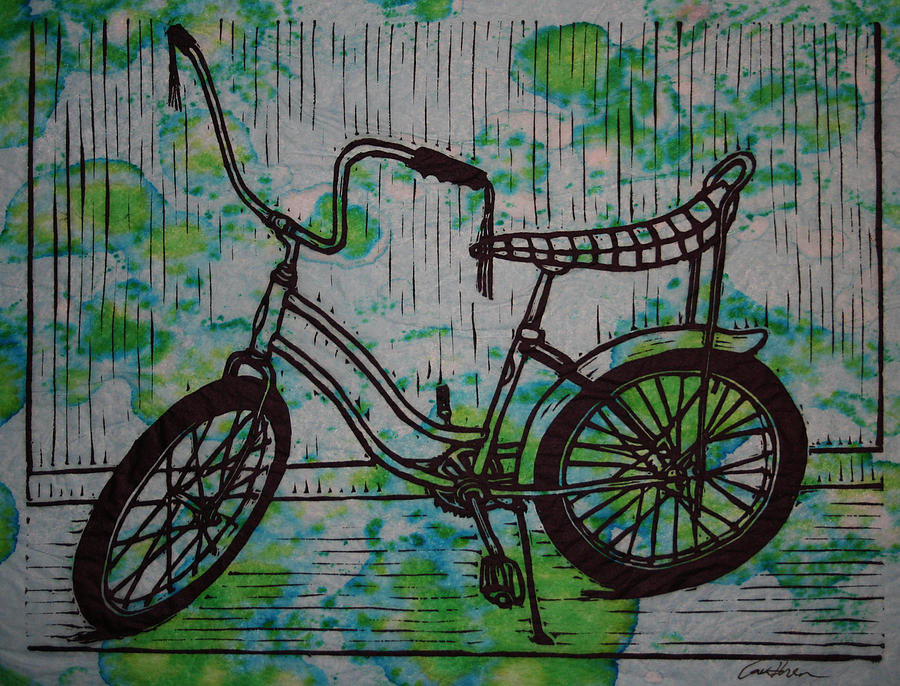