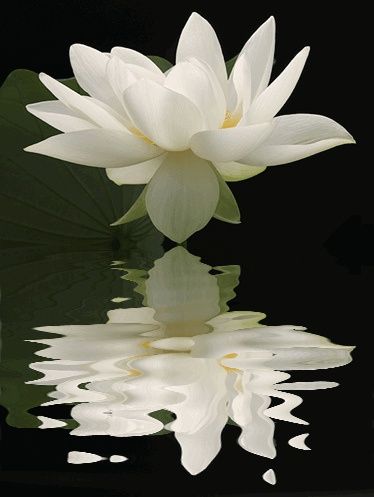 Recently underwent a minor outpatient surgical procedure (nothing serious, thankfully!) that was going to involve some amount of physical discomfort.

I was informed that the standard protocol was to administer a sedative cocktail—featuring the uber-potent opioid painkiller fentanyl—which induces drowsy relaxation as it masks the pain-sensations.

While the sedative/painkiller was highly recommended, technically it was optional. And since I tend to shy away from pharmaceuticals whenever possible, I decided to opt out—even after the MD’s ominous inquiry: “How much do you like pain?”

What an excellent opportunity (I naively conjectured) to test my capacity to simply witness unpleasant physical sensations—without collapsing into them. I mean, how bad could it be?

Fast-forward a couple of hours …. Walking out of the medical building, thinking: “If ever this scenario repeats itself, I’m going straight for the fentanyl!”

Let’s just say that—while I avoided a complete collapse into the intensity of sensation (i.e. always there was at least a glimmer of the awake witness)—there was no small amount of writhing contraction. And this left me feeling that the value of the experience as a testing-ground for my witnessing capacity was easily overshadowed by its intensely unpleasant quality. I didn’t come even close to spaciously surrendering to the situation. Oh well.

The only upside was how it prompted—later that evening—some new reflections on discrimination between the perceiver and perceived (aka ātma-vichāra) within Advaita traditions.

What came to mind first were memories of my only other surgical encounter—much more involved than this recent one. It was actually a series of three surgeries on my left ankle, which I fractured quite seriously playing basketball, when I was a teenager.

After the initial surgery, the level of pain was light-years greater than anything I had previously experienced. About the only words I spoke in the immediate aftermath of the operation—mumbled from within a groggy fog—were: Is it time for my medication yet?

I eventually discovered—through sheer necessity—two techniques that worked to make the situation tolerable:

1. The first was to imagine myself becoming larger and larger and larger: like a balloon inflating to galactic proportions. Relative to this new much larger “me,” the pain-sensations became much smaller. Instead of the unpleasant sensations colonizing the majority of my experience, they were granted only a tiny proportion.

2. The second technique—and the only one that ever fully dissolved the pain—was to go looking for the very center of the sensation: to see if I could find the center-point of the pain. To actually do this required a full release of resistance. Instead of pushing away the painful sensation, I turned toward it, and then took my attention deeper and deeper into it—looking and continuing to look for its very center.

At some point I would pop into a “space” wholly devoid of any unpleasant sensation. In other words, the very center of the painful sensation was discovered to be pain-free. For a few seconds—or a few minutes—there was relief.

Necessity Is The Mother …

It wasn’t until many years later that I would discover these spontaneously arisen strategies to be quite similar to formal meditation techniques. But I guess that’s how formal techniques originally appear—out of the necessity of the moment. Someone figures out how to relate skillfully to a situation, and later shares the knowledge.

In relation to the perceiver/perceived discrimination …. Each of these two techniques shifted identification away from the “perceived” dimension of phenomenal experience—and toward the “perceiver” dimension of spacious witnessing.

Though I wouldn’t have described it in these terms at the time, I had withdrawn identification from worldly phenomena (viz. the unpleasant pain-sensations) and instead learned to rest in my essential identity as the witnessing Awareness.

But phenomenal experience is of course (and happily!) not always unpleasant. Along with painful sensations, there are pleasant sensations. And lots of sensations/perceptions that we wouldn’t necessarily categorize as particularly pleasant or particularly unpleasant: instead, just neutral.

So let’s shift now to exploring pleasant sensations—including sensations that are so pleasant as to warrant entirely new designations: e.g. ecstatic, blissful, rapturous. And to assist us in this new line of inquiry, we’ll call upon the doctrine of the Five Sheaths.

Of the many ways of slicing the pie of human experience (i.e. the “perceived” side of the equation), the Five-Sheaths doctrine is one that I find particularly useful.

In the Vedantic tradition, the five sheaths (Sanskrit: pancha kosha) represent five layers or dimensions of phenomenal experience. From the most gross/dense to the most subtle/refined, these five sheaths are as follows:

1. Annamaya kosha: the food sheath. This encompasses our experience of the physical body—bones, muscles, skin, etc.

2. Pranamaya kosha: the subtle-energy sheath. This is our experience of vital life-force energy (aka prana, qi) interfacing with the physiological breathing process.

3. Manomaya kosha: the mind sheath. This includes our sense of personhood (separate-self) via the functioning of the mind and sensory organs.

4. Vijñānmāyā kosha: the discernment sheath. This includes higher mental functions such as discrimination, intellect and wisdom.

5. Anandamaya kosha: the bliss sheath. In the Upanishads, this sheath is referred to also as the “causal body.” It’s the most subtle dimension of experience, composed of Ananda: supreme bliss. It is said to be most active—for most people—in deep sleep, when the functions of the physical body and mind (i.e. the more dense sheaths) have fully or mostly dissolved.

The idea is that these five sheaths—i.e. these five dimensions of human experience—to various degrees veil the direct nondual experience of Pure Awareness.

But what’s interesting to notice is that the most subtle phenomenal sheath—anandamaya kosha—is a linguistic cousin to sat-cit-ananda: a reference to our innermost non-phenomenal essence. They both contain the Sanskrit term “ananda” whose English translation is “bliss” or “supreme joy.”

So when does blissful experience veil our True Nature—and when is bliss a non-phenomenal expression of this True Nature?

When does bliss belong to the “perceived” category—and hence remain subject to detrimental attachments—and when is it an inherent quality of the ultimate “perceiver” (aka Pure Awareness)—and hence represent liberation from all dualistic attachment/repulsion dynamics?

Anything that comes and goes is not the “I” that remains as witness throughout all comings and goings. This is the essential pointer in relation to the discernment between perceiver and perceived.

And yet … at a certain stage in the process, (what mind refers to as) a blissful sensation may serve as a glimpse, a whisper, a magnetic pull toward something still veiled in mystery: our True Self calling us home. From the point of view of mind, this bliss “comes and goes.”

But it’s like a patch of blue sky that—on a predominantly cloudy day—is perceived as a temporary phenomenon that comes and goes. Eventually there’s a figure-ground reversal in which we remember our true identity as unbounded blue sky: as sat-cit-ananda.

This still leaves unanswered the question of how to discern between such glimpses and wholly phenomenal experiences of pleasant sensation.

As the masters tell us: The bliss of sat-cit-ananda (being-awareness-nondual-joy) is ever-present, does not come and go, and cannot be enhanced or degraded. It is present as the essence and container of all physical and mental-emotional pain and pleasure—in the same way that ocean-water is the substance and container for the arising of waves.

When we realize this deeply, then both painful sensations and pleasant sensations arise as their essence, which is the bliss of sat-cit-ananda.

This nondual bliss can flow gently as a subtle sense of contentment and wellbeing. It can also manifest as ecstatic rapture. Or anything in between. It is always free of fear or tension—and infused with an effortless sense of confidence and security.

Each phenomenal appearance—whether mind labels it as “pleasant” or “unpleasant” or “neutral”—then points immediately back to its essence: the aware, awake presence and nondual bliss of sat-cit-anada.

The Next Best Thing