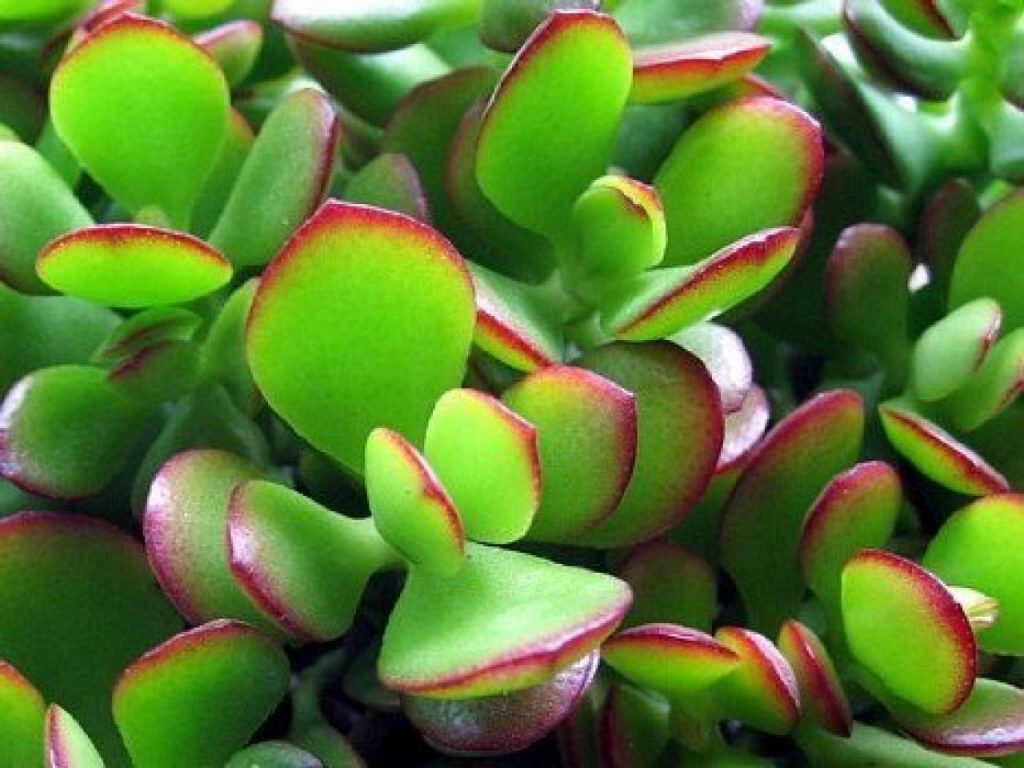 I have a Jade plant that I very much love. I purchased it around four years ago, when it was just a small plant—four inches tall, or so. Now, it’s a good fourteen inches tall and wide, quite regal!

I can say, with confidence, that over the past four years this Jade plant has grown—has increased in size, at least fourfold.

I think not. Why? Because growth is happening—or so my mind tells me (based upon what I’ve learned from biologists whose expert opinions I trust)—deep within the structures of the leaves, stems, and roots, in a way that is not directly visible to the naked human eye.

If I used a microscope to enhance the visual capacity of my human eyes, then I could perhaps witness movements that constitute the growth of the Jade plant.

Or, if I trained a video-camera on the Jade plant for an extended period of time (e.g., for six months or a year) and then played back the recording at an accelerated speed—then I could more directly perceive, with this enhanced temporal resolution, the growth of the Jade plant. But only in retrospect.

Right here, right now, the Jade plant (I assume) is growing. Yet this growth is happening “in secret”—in a way that I cannot, with my human eyes, directly perceive.

Since I have a memory of what the Jade plant looked like four years ago, when I first purchased it, I can compare that memory-image with what I see in front of me now—and from this comparison infer that growth has happened. But this is a far cry from “directly perceiving” growth happening, here and now.

The Granularity of Space-Time

In recent years there have been some eminent physicists who have proposed that space and time are not continuous, but rather granular.

More on this interesting debate here.

One implication of this view is that so-called “change” or “transformation” or “movement” is also granular—i.e., it happens in tiny discrete leaps, rather than continuously.

In the same way that electrons leap from one orbit to the next without actually traversing the space between—so it is with any kind of transformation. At the quantum level the movement from one state to the next is discrete, not continuous.

The situation is akin to a movie film made of a series of still-frames which—when played at a speed that exceeds the eye’s capacity to track the leaps from one still to the next—is perceived as continuous motion.

The gaps between the stills remain “hidden in plain sight”—and the eyes/mind assume continuity.

And so it is, perhaps, with the growth of the Jade plant?

If space and time are granular, then how should we understand the boundaries between the discrete granules? Are there gaps between the granules? If so, what is in these gaps?

In calculus, the area beneath a curve can be calculated via a process called integration. The sum of the area of a series of rectangles is used to approximate this area—by allowing the number of these discrete units to “approach infinity.”

While this mathematical process works to derive the area under a continuous curve—if space and time are granular, then that would set a limit to the smallness of the rectangles used in integration (which perhaps is the equivalent of the number of them “approaching infinity” rather than actually becoming infinite?)

By looking at my car’s control panel, I can monitor what’s happening in certain parts of the car’s engine—without directly perceiving all the details of the engine’s functioning. And it’s quite useful, in this case, to not see all the details.

It’s the same with icons on my computer desktop—which convey information about what’s happening deep within the circuitry of the computer. In relation to all the detailed circuitry, the icons are abstract. But in relation to what my eyes can directly perceive and my mind immediately understand, it is the deeper circuitry that is abstract—beyond direct perception.

And so it is with the sensory-cognitive apparatus of any living being—human or otherwise. There’s a range of resolution which defines the “world” that will directly appear, via the sensory organs and nervous system.

So-called subliminal messages are sound-bites or visual images that are presented at a resolution that isn’t perceived directly by the human sensory system—but are registered subconsciously, so impact the body-mind “behind the scenes.”

Is it possible to enhance the functioning of the human sensory-cognitive apparatus? Yes, it is.

We can improve the resolution of our direct perceiving by cultivating our human sensory and cognitive capacities—bringing some of what was previously subliminal into the realm of direct perception.

Or by mechanically enhancing perception via the use of instruments such as telescopes, microscopes, CT-scanners etc.

Or by enhancing cognitive processing speed with an assist from computers.

All these are ways of improving the performance of the human body-mind instrument.

But the most essential refinement of perception is to understand more clearly who/what is the True Perceiver—and the only real (atemporal) continuity: Pure Awareness.

This understanding somehow makes the interaction between Elizabeth and the Jade plant infinitely more intimate and vibrant—in a way that is utterly independent of (while not excluding) transformations woven into past and future.