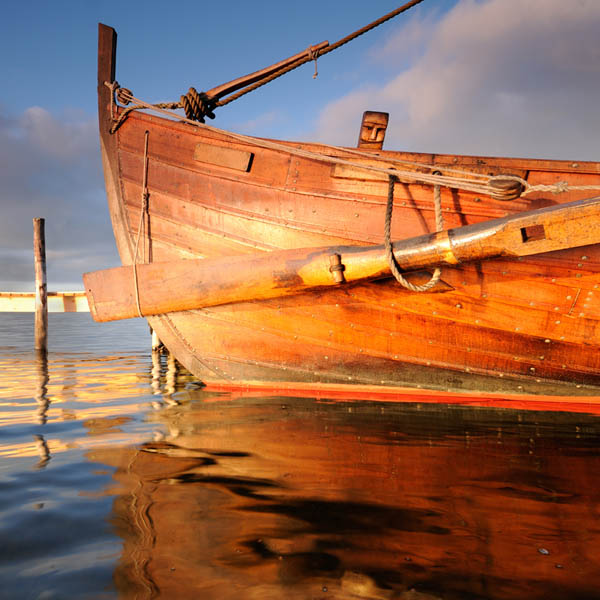 This S.S. Phenom is a medium-sized steamship used primarily to ferry tourists over the balmy waters of the Caribbean Sea, between island beaches renowned as vacation destinations. The ship’s owners are under contract with a local travel agency, and enjoy a lucrative regular schedule of trips between and around the islands.

Quite naturally, every now and again one of the cedar planks of the S.S. Phenom suffers a bit of rot, or a crack or accidental gouge—and needs to be replaced. When this happens, a repairman is called to replace the damaged cedar plank with a new one.

Now, one of these repairmen—after being called out several times to make such repairs to the S.S. Phenom—hatches a deviously ingenious plan …

The repairman secures a job also as a night watchman on the S.S. Phenom. And during each of his shifts he removes two or three of the S.S. Phenom’s cedar planks—even though they’re not in need of repair—and replaces them with exact replicas.

When his shift is complete, he brings the stolen cedar planks home with him, and stores them in a shed in his back yard.

The repairman/night-watchman continues this same process for months, years, decades. After twenty years, he has replaced every single cedar plank on the S.S. Phenom with a replica—and now has every one of the original planks in his backyard shed.

Now, he gets a copy of the S.S. Phenom’s architectural design and—using these design specs—rebuilds the S.S. Phenom using its original cedar planks. So now there are two, rather than just one, ships bearing the name S.S. Phenom:

1. The S.S. Phenom that is still ferrying vacationers from island to island, but which (unbeknownst to its owners) has had every single one of its cedar planks replaced with a replica cedar plank.

2. The S.S. Phenom now sitting in the backyard shed of the renegade repairman. This second ship is not functioning as a ferry for tourists (since the repairman has no contract with the travel agency)—but is comprised entirely of the original cedar planks of the first S.S. Phenom.

Question #1: Which is the real S.S. Phenom?  Is it the ship that’s still functioning as a tourist ferry, or the ship whose material substance is that of the original?

Question #2: In a court of law, could the repairman be found guilty of theft—even though the original S.S. Phenom continues to function as such? If so, at what point, exactly, did the theft occur?

Would the outcome of such a trial (i.e. the verdict reached by the judge or jury) be different if the repairman had replaced the original cedar planks with a less valuable type of wood (say, pine)—or with a more valuable kind of wood (say, mahogany)?

Isn’t it the case that every phenomenon—every “thing” whose functional pattern repeats with enough consistency for our human bodymind to identify and name it (including the human body itself)—undergoes basically the same process as did our imaginary S.S. Phenom?

Moment by moment, transformation is happening. But if the new version resembles the previous version to a given threshold, then we call it the same.

God, Nature, the Tao, Pure Awareness—whatever name you choose for the cosmic repairman, the clever thief replacing cells, molecules, subatomic particles—operates with such a deft hand that, on balance, it is hardly noticed.

Like the two versions of the steamship, each of these three bodies bears the same name, retains certain similarities—yet clearly the three are not identical.

This is one way to envision disease and healing, or the rate at which the body—or its various parts—show signs of aging, or an apparent reversal of such processes.

The sustaining action of a phenomena (à la Vishnu the preserver) has mostly to do with a certain kind of collaboration between Shiva the destroyer and Brahma the creator:

* Shiva is the repairman acting as cedar-plank thief.

* Brahma is the repairman acting as cedar-plank replacer.

* And Vishnu is the decision of whether to replace the original cedar plank with another cedar plank—or with a pine or mahogany plank. This determines the degree of fidelity of the replica to the original, and the extent to which a sense of identity is easily (or not-so-easily) preserved.