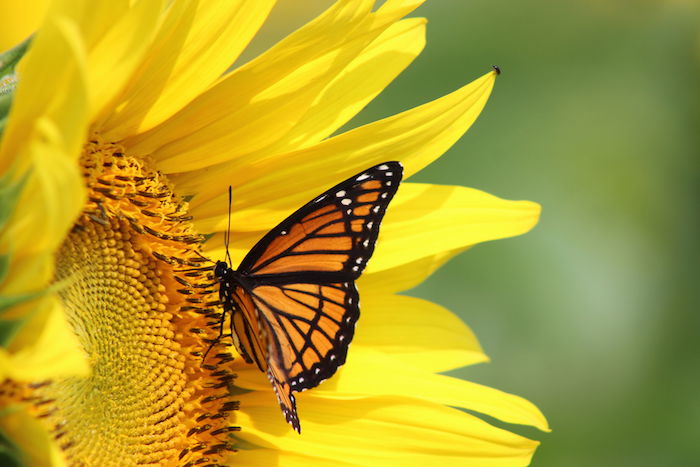 There’s this thing called the serenity prayer, which you may already be familiar with. It was penned, originally, by theologian Reinhold Niebuhr, and goes like this:

Eckhart & The Dalai Lama, too

There’s something about this that I’ve always liked. Granted, it applies primarily to situations that are downstream from the perception/creation of “things”—i.e. objects/events. But within this realm it feels useful.

It reminds me, also, of advice offered by Eckhart Tolle—in his books The Power of Now and A New Earth. When finding oneself in a challenging or downright unpleasant situation, a sane response (according to Mr. Tolle) involves doing one of three things:

Any other response is an expression of ignorance and insanity.

Presumably, this sage advice from Eckhart encompasses, also, the wisdom of the serenity prayer, viz. discerning the extent to which influencing some kind of change or transformation is actually possible: If it is, then we would go about enacting that. If it’s not, then we would either leave or accept the situation completely.

If there is a solution to a challenging situation—i.e. something we can do to transform or resolve it—then there’s no need to worry, because we can just go about doing those things.

And if there’s nothing that can be done, then there’s also no need to worry, because worrying won’t help.

In either case, worrying serves no purpose at all. It’s that simple! (At least in the mode of Madhyamaka reasoning with its “law of excluded middle.”)

Once again, this advice would seem to encompass the serenity prayer—since it depends upon discerning whether or not it’s in our power to effect change in relation to a specific situation.

I consider all three of these—the serenity prayer and the related advice via Eckhart Tolle and the Dalai Lama—to be really useful in a practical sense.

But to what extent are they in alignment with the deeper insights of nondual spiritual inquiry?

Are these maxims expressions of wisdom—or do they reinforce ignorance? Are they supportive of inner peace and causeless joy, or do they perpetuate dualistic ignorance and unnecessary suffering?

First, to be clear on the definition of suffering that I’ll be assuming throughout this essay, which is the one commonly found in nondual traditions …

The fundamental cause of suffering is the mistaken belief in a separate-self, i.e. a separate, independent, autonomous, unchanging, limited and self-contained “me.” This “me” may be conceived primarily as a body, or as a mind, or as a body-mind, or as an individual consciousness—or any combination thereof. In any case, it is a phenomenal entity that is strongly identified with and rigidly defended.

Such a belief is rooted in ignorance—because no such entity can ever, in reality, be found—and is the primary cause of unnecessary psychological suffering.

I also take it as a given that both physical and mental cultivation are not only possible, but also, in many cases, desirable and beneficial.

And the body and the mind deeply influence one another in ways that can also be cultivated and enhanced—hence the entire realm of body-mind healing, etc.

The body—with its variety of organs, muscles, bones and connective tissue—can be trained to improve its strength, flexibility, endurance, quickness and overall fitness. Professional athletes—from Mikhail Baryshnikov to Roger Federer to Luka Doncic to Kylian Mbappé to Simone Biles—are engaged continuously in this kind of physical cultivation.

Perhaps at some point the cultivation becomes so deeply ingrained and automatic as to give rise to what seems to be effortless action. This is what athletes refer to as being “in the zone.” But this sort of effortless action is clearly the result of many years of intentional, vigorous, effortful (even if fully joyous) cultivation.

And the same is true for all variety of fitness buffs and recreational athletes. The cultivation may not be as high-level, but the principle is the same. Physical cultivation can and does happen—and for good reason!

Similarly, cultivation of the mind is possible. The human mind—with its variety of cognitive capacities—can be trained to improve its strength, endurance, flexibility and pliability. Mental concentration and clarity, for instance, can be enhanced. Reasoning skills and memory can be improved, through training.

More specifically, these eight core cognitive capacities common to all human minds can be cultivated:

Another cognitive ability that can be cultivated is conation—the mental faculty of purpose, desire, or will to perform an action; i.e. volition. And this one tends to be particularly sticky in the realm of nondual spiritual inquiry. We’ll come back to it, shortly.

But the principle is the same: To acquire a skillset that allows us to fulfill a given role requires body-mind cultivation of some kind.

So, the question now becomes: Is it possible to engage in physical and/or mental cultivation in a way that does not perpetuate suffering, but instead is in alignment with nondual wisdom?

And the answer, so far as I can see, is yes!

Physical cultivation can happen without attributing the activities—or the intention to engage in them—to a separate-self.

And, likewise, mental cultivation can happen without attributing the activities—or the intention to engage in them—to a separate-self.

Among the various cognitive skills, conation (i.e. volition) seems to be the one that’s most susceptible to the attribution of a separate-self—viz. the expression of ignorance—which begets unnecessary suffering. But even conation—like any other cognitive faculty—can happen without attributing it to a separate-self.

So, let’s return now to the serenity prayer—

—and consider a couple of examples: one physical and one mental.

Imagine … you’ve just purchased a new house that is on five acres of land. You aspire to create some beautiful gardens on the land. But there currently are all variety of rocks, thorns and overgrown bushes on the land.

An essential aspect of implementing a plan to transform the overgrown land into beautiful gardens involves discerning what can—given your current resources—be transformed, and what cannot.

The small and medium-sized rocks can be cleared out. But the 600-pound boulder is beyond your capacity to remove—so it needs to be simply accepted as part of the landscape, and incorporated into the garden.

Discrimination between skillful and unskillful effort/action—in relative frames of reference—is central to the serenity prayer. Energy expended picking up small and medium-sized rocks, placing them into a wheelbarrow, and then dumping them elsewhere—is skillful action. Pushing as hard as I can, for three hours straight, against the 600-pound boulder—is unskillful action.

Wisdom—in this relative sense—is knowing the difference between skillful and unskillful action, given the relative body-mind-world circumstances.

[We’re leaving aside, for the moment, instances of seemingly miraculous phase changes, such as the one featured in the story of the two mice dropped into a vat of milk, swimming frantically but unable to scale the tall walls of the vat. One mouse deduces the utter futility of the situation, stops swimming and drowns. The second—even though he can’t conceive of a solution—keeps swimming, and eventually the milk churned by his swimming feet turns into butter, allowing him to easily survive (and take a very long nap!) “on land.”]

In my experience, there’s a useful distinction to be drawn between:

(1) Thoughts (and internal images) that seem to just appear—on their own and unbidden—within the internal space of my mind; and

(2) Thoughts (and internal images) that are intentionally generated, in the mode of reasoning or contemplation on a specific topic.

The specific topics that I’m able to think creatively (or practically) about will depend, once again, on previous cultivation. Einstein—in his famous thought experiments—was able to contemplate the intricacies of space, time, and light. Someone without any training in physics would not have the “software” required for such contemplations.

Wisdom—in a relative sense—is understanding the difference between skillful and unskillful thinking, given the relative body-mind-world circumstances.

Another way of understanding “right action” or “skillful effort” is what a sage does spontaneously (in the mode of wuwei).

In other words, effort that is skillful mimics what sages do spontaneously.

But this is mostly in relation to a spiritual path …

From the point of view of a mind still steeped in ignorance-based habits, it may feel like effort, at least for a while.  The resistance may actually intensify in the initial stages—but then the action will become more and more effortless, as the magnetic pull of truth becomes more available.

The mind’s delusions may be complex, in a way that requires a certain kind of complexity in unwinding them. This is like a thorn that’s used to remove another thorn, and when the job is done, then both thorns are thrown away.

Does this mean that a sage will spontaneously be able to play tennis like Roger Federer or think about physics with as much subtlety as Erwin Schrödinger?

And the reason is pretty simple: the sage is not the body-mind through which the sage appears/functions.

The body-mind will be cultivated in whatever way(s) the body-mind is cultivated. And this will determine the particular phenomenal vehicle (shape, color, flavor) through which the teaching is presented—but has nothing to do with the teaching, per se.

In sum: body-minds can benefit—in relation to their worlds—by applying the relative wisdom inherent in the serenity prayer. But staying aligned with absolute wisdom means avoiding the attribution of physical or mental activities to a separate-self.

Of Related Interest: Do I Choose My Thoughts?