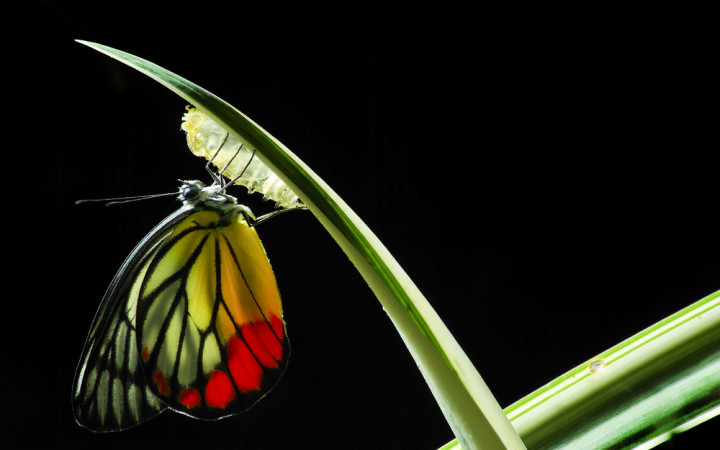 It’s been a month now, at least, since I first opened this Word file, and typed in the title—Practice Notes: Untouched & Deeply Felt.

I expected that (as is generally the case) I’d return, within the next day or two, to complete the essay. Yet that impulse, until today, just never arrived. Somehow, for a long time, nothing else was needed. Somehow, the title in and of itself (with fewer syllables than a haiku) was sufficient.

Even though I am (by vocation and profession) a writer, I simply could not put fingers to keyboard, to expand my practice notes beyond the phrase: untouched and deeply felt.

I can’t say what exactly changed today. Maybe it has to do with the contrast between my cozy condo and the frigid winter weather outside. Or maybe the beauty of the mountains, dressed in mist, ever-flirtatious, appearing dreamlike on the horizon.

Or maybe something about how time itself has transformed from something linear into more like a circle, or a spiral—akin to an Escher painting, seeming to travel away, only to return (as if by magic) to its starting-point.

In any case, what I’ve been keenly aware of, as of late, are a couple of memories—images from past experience that, newly alive, have taken on an almost archetypal quality …

I once came upon a butterfly newly emerging from its cocoon. With genuine curiosity (if also, foolishness) I extended my finger and—to my surprise and delight—the butterfly crawled onto it.

I expected it to fly away immediately, yet it did not. What I then realized was that the butterfly’s wings were not yet expanded and dry enough (after its transformational days in the cocoon) to take flight.

So, I moved slowly away from the bush where the cocoon/butterfly had been hanging, to a swing on the front porch. And there I sat, for what must have been at least a half-hour, maybe longer, not really knowing how long it would take for the butterfly’s wings to become flight-ready—but fully committed to my unexpected role as midwife.

And then, in a moment, the butterfly did indeed lift off into the sky—leaving me feeling both relieved if also, almost immediately, a bit nostalgic for that sweetly intimate time we had spent together.

One summer, while I was living at a retreat center (employed as their resident yoga teacher), I was waiting in the dining tent for lunch to be served.

A man standing nearby made a crudely sexist/misogynist comment.

Now, I had just come from a yoga class, and my body and mind both were sweetly relaxed, open, spacious. And this man’s comment—which I may habitually have reacted to—just passed right through, as though it were an arrow sailing through a vast empty field.

Even though I had the thought—“Wow, that was a really sexist comment”—there was no impulse to respond, in word or action, other than to just remain, as I was. How strange it seemed, in that moment—though also perfectly natural—that the inner peacefulness and quiet joy remained untouched. And that the man’s comment did not (and could not possibly) harm me.

This isn’t to say that in a similar situation a different, more active, response might not be forthcoming. Just that, in this instance, a certainty emerged that there is an indestructible essence, forever safe, forever at peace, forever imbued with utmost clarity: a bright and empty field which provides no target for such arrows.

What I’m realizing, with a new poignancy, is that perfection does not belong to phenomena—except when those phenomena are perceived/experienced in relation to their essence, which is primordial purity.

The reasons for this are many, including:

* Phenomena are everchanging appearances. They are not static “things” which can be designated as inherently “perfect” or “imperfect.”

* Even aesthetic perfection (aka beauty) is not really about isolated things, but rather about harmonious patterns, relative to specific contexts.

Phenomena—including human body-minds—perfect themselves by realizing and remaining transparent to their inherent non-phenomenal Source.

Neither bodies as such nor minds as such are capable of perfection (as a static and inherent quality).

The only true perfection is our True Nature.

Is this good news or bad news?

It’s only bad news to the extent that we’re still searching for perfection in “all the wrong places.”

If I’m investing in the hope of some future time when my human body or human mind are going to manifest phenomenal perfection, disappointment is pretty much guaranteed.

Does this mean that I cease caring for bodies, minds, and worlds? Of course not! Just that the process becomes more gentle, playful, and reasonable.

When relative disharmonies or imbalances are noticed, they are attended to, with loving care and intelligence.

But creating narratives around challenging circumstances (remembered or inferred) in the past that may somehow have caused or contributed to a present-day imbalance is a game I’m no longer all that interested in playing.

Why? Because within the realm of phenomena there are no “first causes.” We may designate a particular object/event as the origin of the current disharmony, but such designations are necessarily arbitrary—because any named cause is the effect of another cause.

I’d rather simply perceive the imbalance/disharmony within the understanding of primordial purity—the great perfection—with just the gentlest of intentions to allow it to unwind (or not) as it is (or is not) ready to do so. And notice that forgiveness—in the sense of “giving back” to the Divine—is always and already happening. That’s all.

Then, even as the fires of impermanence burn—I remain eternally safe within my True Home. And then, true creativity and true intimacy quite naturally appear.