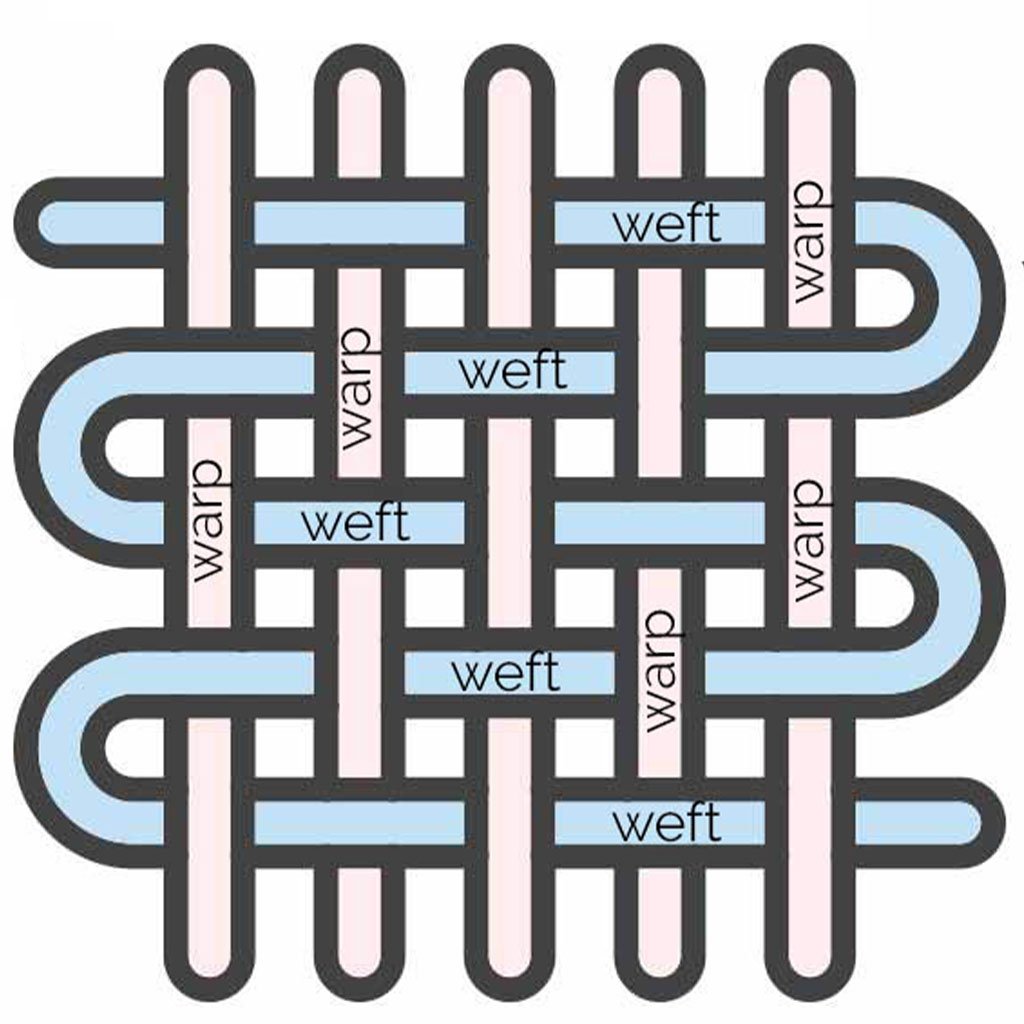 In recent weeks, I’ve been browsing area rugs, with the intention of finding one that feels right for the loft space of my new condo. Happily, I did indeed find a lovely wool rug, the perfect size, reasonably priced, and convenient to pick up, which now beautifully adorns that space. Yeah!

As a side-effect of thinking a lot about rugs, my mind has been inclined toward rug-related metaphors. Here’s a recent one …

This very-large rug has a moderate weave—not too loose, not too tight. So, when you’re walking on top of it, the presence of the turf beneath the rug isn’t immediately obvious. But if you kneel down and use your fingers to gently part the wool strands comprising the rug’s warp and weft, then you can open a space large enough to see the turf-grass peeking up from beneath the rug.

But initially—in this thought experiment—you’re placed in the very center of the rug, and given the task of discovering what lies beneath the rug. You don’t really know anything about area rugs, or how they are constructed, so part of your journey may be discovering these things, also.

From the position in the center of the rug you can see its edges—so your first thought is to simply walk to the edge of the rug, where you can then roll back an edge to see what lies beneath it.

So, you begin to walk from the center of the rug toward one of its edges. But it’s a very hot day, and you haven’t had breakfast yet, and you’re recovering from a sprained big toe—so after a few dozen steps you feel quite tired and sit down on the rug, for a rest.

As you place your hand on the rug, you notice its texture. And as you look more closely you see the configurations of the weave: the warp and weft (though you don’t use these particular words, which you’ve never heard of).

And it occurs to you, then, that maybe you don’t actually need to walk all the way to the edge of the rug to discover what lies beneath it—but instead can open a gap in the rug itself, to reveal the same thing—thus saving yourself the effort of completing the journey to the rug-edge.

And so you do just that—and discover the turf lying beneath the rug. So now you have the answer to the question of what lies beneath the large area rug.

And you rue the time and energy you’ve expended walking toward the edge of the rug—which you now understand was completely unnecessary. Because from your initial position in the center of the rug, you could immediately have kneeled down and parted the warp and weft of the rug—to discover directly what lies beneath it. There was never the need to journey to the rug’s edge, to answer this question.

The Ground of Reality

In this metaphor, the journey to discover what lies beneath the rug is the spiritual endeavor to discover the nature of self and reality.

The turf beneath the rug represents the ground of reality which lies beneath and supports the warp and weft of space-time and all of its phenomenal objects/events.

The strategy of walking all the way to the edge of the rug represents the so-called progressive path.

The possibility—at any moment—of parting the warp and weft to see beneath the rug represents the so-called direct path.

Now, continuing with the thought-experiment:

Imagine … that it’s a pleasantly-warm instead of a hot day; and that you’re well-hydrated and energized from a breakfast of toast, eggs, and orange juice; and that your sprained toe is now fully recovered.

Thus empowered, you make the journey from the center of the rug all the way to its edge, quickly and without taking any breaks.

So, it’s only upon reaching the edge of the rug and then kneeling down to roll back the edge, that you discover the turf beneath it. And it’s only at this point, also, that you examine the rug close enough to notice the fairly loose weave—which (you now understand) would have allowed you to discover directly what lies beneath the rug, at any point along your long journey.

The moment of recognizing—having reached the edge of the rug—that what lies beneath the rug was accessible from the very beginning of the journey—represents the nonduality of the progressive and direct paths, from the point of view of their completion.

But what implications does this hold, in relation to giving advice to a friend who is still wandering around on the surface of the rug, not yet having discovered the turf beneath it?

Imagine … that you’re now standing at the edge of the rug. You’ve seen what lies beneath it, namely the grassy turf of the football field.

You’ve discovered, also, the warp and weft of the rug, and understand that this construction of the rug opens the possibility of discovering what’s beneath the rug from any point on top of it. It’s not strictly necessary to travel from the center of the rug all the way (along one of an infinite number of possible paths) to its periphery—in order to discover what lies beneath it.

Now, you see a friend still standing in the center of the rug. Like you, earlier, she feels inspired to discover what lies beneath the rug. She shouts across the distance of the football-field-large rug, to you standing at its edge, with the question: “How should I proceed?”

From your current understanding, you realize the absurdity of insisting that she follow directly in your footsteps—tracing exactly the path that you earlier tread from the center of the rug to where you now stand, at its edge. You can see that such reverse-engineering holds no value at all, in relation to your friend’s dilemma.

Your first suggestion is: “Just kneel down, and part the warp and weft of the rug, in order to see directly what’s beneath the rug.”

But what if your friend doesn’t quite understand this instruction, or isn’t able to use her fingers in the way required to part the warp and weft? What if she then says, “I don’t seem to be able to do this. And besides, I really want to travel, as you have, to the edge of the rug. Please tell me: what is the best way to arrive there?”

Now, if you’re able to assess that the warp and weft of this large rug is equally porous, at every point of the rug, then any path from the center to the edge will be equally sufficient.

If, however, the warp and weft of the rug is more porous, more transparent, at certain places in the rug than it is in others—there may be value in suggesting that your friend wander over those more porous places, in route to the edge of the rug. Why? Because that increases the probability of her noticing—at some point along the journey—that the turf is available for discovery before reaching the edge of the rug.

But perhaps such degrees of porousness have ceased to exist, from your point of view at the edge of the rug?

Question: From the point of view of having seen through to the reality of the turf, are there still degrees of porousness—degrees of transparency—across different portions of the rug, that would justify advising one path over another?

In any case, you may suggest to your friend: “Just follow your intuition. Travel in the direction that you’re inspired to, that you feel naturally interested in.”

And you might add: “But take your time, and feel free to take breaks along the way, to sit down for a drink or a snack, or to just enjoy the nice warm breeze.”

And in this way, you may increase the probability of your friend noticing the warp and weft of the rug, and discovering the destination right in the midst of the journey.