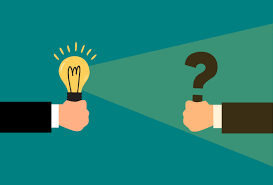 The Reliability of the Scientific Method

In his book, Reality Is Not What It Seems, physicist Carlo Rovelli offers this beautiful description of the essence of the scientific method:

The point here, as I understand it, is that investigation of phenomena via the scientific method can yield only degrees of certainty, which will never reach 100%. A particular scientific theory can be established as “true” with a high degree of probability—but never with absolute certainty.

And this lack of absolute certainly is not a bad thing. Quite the contrary. It is precisely this perpetual openness to being proven wrong, to discovering ways in which a theory may be false or limited in its scope, that makes the scientific method so powerful.

In the context of Mr. Rovelli’s book, this point is illustrated via a deep challenge to our established assumptions about time. For those of you who would like to learn more without reading the book, Mr. Rovelli covers many of its main points in this excellent talk.

The Self-Evidence of Awareness

If the reliability of the scientific method depends upon its conclusions remaining forever open to revision, does this mean that nothing in our experience can be known with absolutely certainty?

The answer given by nondual spiritual traditions is: no. Such traditions point to a non-phenomenal aspect of experience that is known with absolute certainty.

What is it that is known with absolute self-evident certainty? It is the Being-Awareness that is our essential identity.

It is self-evident that this Pure Awareness is eternal and indestructible: that it has no beginning or end; that it was never born and will never die.

As such, they would seem to embody two very different ways of knowing. Is this the case? And if so, what’s the relationship between these two distinct ways of knowing? Do they intersect? How?