The Tao That Can Be Told

In the first chapter of the Tao Te Ching, Taoist sage Lao Tzu famously proposes that:

And I resonate with this, completely. There is this eternal font of sweet contentment—peaceful, joyous, at once subtle and ecstatic, forever beyond improvement or degradation—which shimmers perpetually in a “space” prior to and beyond all language. It requires no thought or word; though also is never (actually) obstructed by any thought or word.

And from this experience I can totally relate to the oft-told story of the monk who, with a deep belly-laugh, burns all of his books—scriptures and practice manuals alike—immediately upon realizing the Truth. Suddenly, no words are needed. Realizing ourselves to be the moon eliminates all need for fingers pointing to it.

And yet …. I also resonate deeply with a view expressed in the Dzogchen/Bon text Authenticity of Open Awareness, according to which so-called essential precepts—i.e. instructions received from a living teacher or a spiritual text (sutra, scripture, etc.)—convey a potency identical in its “ontological heft” to pure awareness (aka mindnature) itself.

Such a view is expressed, for instance, in these passages from Unbounded Wholeness:

“Most important, in this section of Authenticity, we see that authentic scriptures are the direct expression from—not about—reality. This too harks back to ancient Indian ideas of words—that they have ontological heft. They demonstrate this by their very existence, not simply by what they say. Scriptures arise from the heart of effortlessness to express the spontaneous mindnature, the base that exists prior to any division into Buddhas and sentient beings. This is what is most valuable about them.”

“To “realize the essential precepts” now comes to mean not simply realizing the words but also understanding that their existence is sewn into the very fabric of reality, and thus that they are literally a “sutra”—the metaphysical intertwining of words, mind, and reality, primordially sutured together as scripture.”

The claim being made here, once again, is that a scripture is a metaphysical intertwining of words, mind, and reality which is primordially sutured together.

How beautifully put! But is it true? Is there a meaningful distinction to be made between (1) certain collections of words (viz. sutras and scriptures) which carry the full potency of pure awareness; and (2) other kinds of words which lack such ontological heft, and instead tend to serve ignorance rather than wisdom?

Is there a sense in which “the tao that is spoken” can be equally as potent—by virtue of being part and parcel of—the eternal Tao? Lao Tzu would say no, while Authenticity would say yes.

And, somehow, I find it easy to agree with both points of view …

There’s a metaphor that’s often used—of writing letters on the surface of water—to describe a certain transformation of perception, whereby any thought, internal image, sensory perception or physical sensation immediately resolves into its ontological ground of pure awareness. In this way, phenomena point immediately—simultaneously—to our most essential nature.

In relation to spiritual texts (or the spoken words of a teacher), the transition from “hearing wisdom” to “contemplative wisdom” to “meditative wisdom” is precisely the journey toward receiving/hearing words in a way that’s akin to writing on water.

Initially, the words initiate a conceptual/intellectual journey. Then, as they become a bit more friendly, they encourage more introspective explorations. And, finally, they point us back to our true nature, by revealing themselves to be—essentially—none other than that true nature.

And this can be said, equally, of any and all words. But there are certain types of words which are designed specifically to facilitate this process—and these are the words of sutras, scriptures, and other spiritual texts (along with the words of mystic-poets such as Rumi and Hafiz).

And so it is that I tend, quite naturally, to treat certain texts—e.g. the Ashtavakra Gita and the Avadhuta Gita, and the writings of Longchenpa—with utmost respect. Like sweetly intimate friends, they are wonderful to hang out with: inspiring and comfortable. So, of course, I will want to take good care of them!

Is this a form of idolatry? Lao Tzu may say that it is—though it’s worth recalling that even after that take-no-prisoners declaration in chapter one of the Tao Te Ching, the Chinese sage did continue on for another eighty verses! Or was it just that pesky gatekeeper that insisted upon writing it all down?

Ultimately, all phenomena are expressions from reality—like waves on the surface of the ocean. (What else could they be?!)

But some are direct expressions, while others (seemingly) embark upon complex detours—playing hide-and-seek, if you will, with their true origin.

Some words turn the mind immediately back to its Source, while others entice the mind into long and winding horizontal journeys.

Some remain knowingly connected to their Source, while others—like prodigal sons and daughters—wander into far lands of ignorance and forgetfulness; before reuniting with their loving parents and siblings at the Great Feast of homecoming. 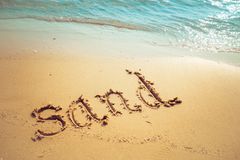