You are here: Home / Buddhism / Self-Liberation Through Seeing with Naked Awareness 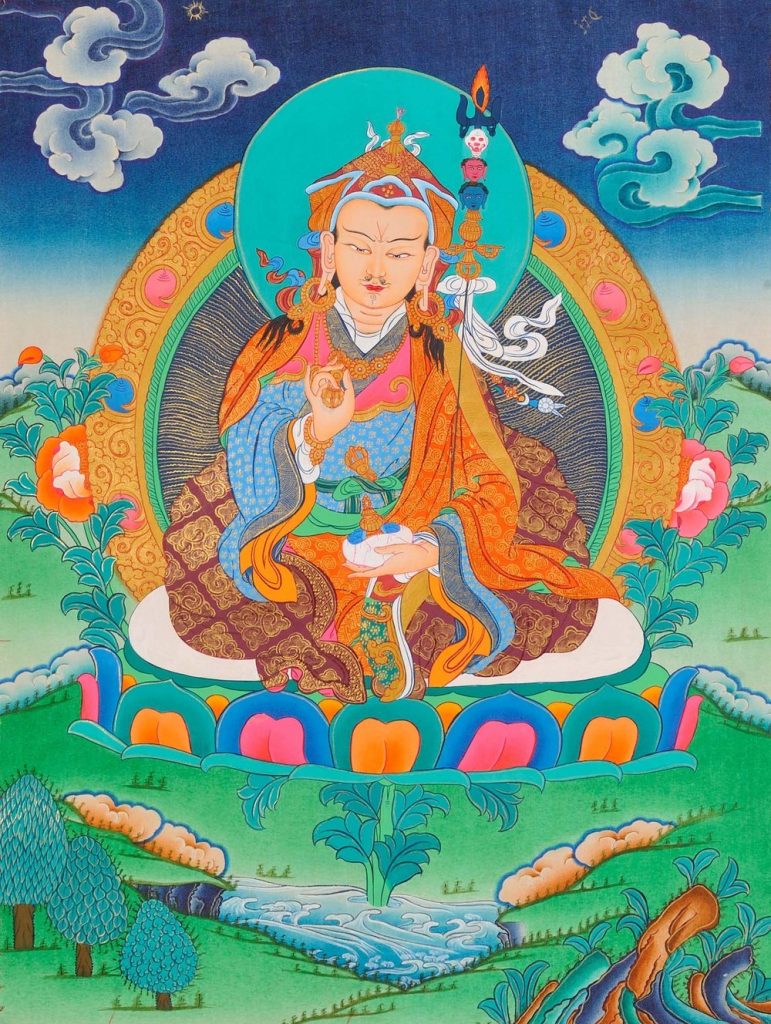 “Now, when you are introduced (to your own intrinsic awareness), the method for entering into it involves three considerations:
Thoughts in the past are clear and empty and leave no traces behind.
Thoughts in the future are fresh and unconditioned by anything.
And in the present moment, when (your mind) remains in its own condition without constructing anything,
Awareness at that moment in itself is quite ordinary.
And when you look into yourself in this way nakedly (without any discursive thoughts),
Since there is only this pure observing, there will be found a lucid clarity without anyone being there who is the observer;
Only a naked manifest awareness is present.
(This awareness) is empty and immaculately pure, not being created by anything whatsoever.
It is authentic and unadulterated, without any duality of clarity and emptiness.
It is not permanent and yet it is not created by anything.
However, it is not a mere nothingness or something annihilated because it is lucid and present.
It does not exist as a single entity because it is present and clear in terms of being many.
(On the other hand) it is not created as a multiplicity of things because it is inseparable and of a single flavor.
This inherent self-awareness does not derive from anything outside itself.
This is the real introduction to the actual condition of things.”

~ Padmasambhava
(excerpted from Self-Liberation Through Seeing with Naked Awareness)