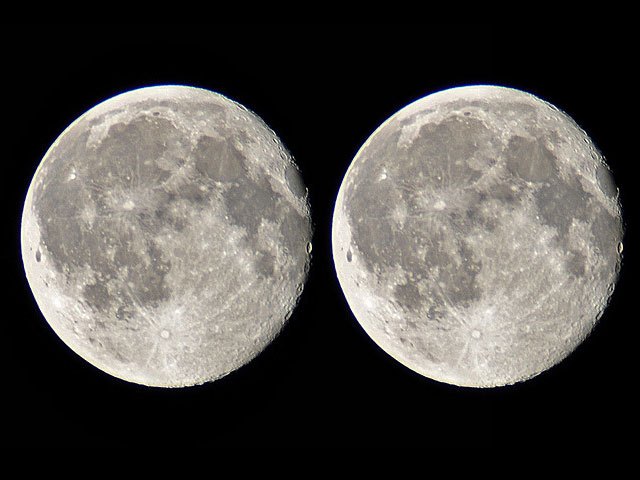 Now, for reasons unknown, you decide to press down hard with your fingers on your eyeballs—until your vision distorts: until what you see overhead are two moons instead of one.

With two moons appearing instead of one—via this newly distorted perceptual lens—you then ask:

Which moon is the real one?

Does this question even make sense?

No, it doesn’t. And why?—Because the very appearance of two moons instead of one is an illusion, a distortion.

To ask which of the two moons is the real moon is akin to asking which of these two mathematical equations is most true:

We can’t answer the question—Which of these equations is most true?—because neither is true.

We know that neither is true because we know the one true equation:

The two moons metaphor is one that is used in the Bon Dzogchen text Authenticity of Open Awareness (as presented in Unbounded Wholeness) to point out the limitations of the Buddhist two-truths doctrine.

According to Authenticity, to divide reality into a “relative truth” and an “absolute truth” is like pressing our eyeballs to create the appearance of two moons in the night sky, instead of one.

To then argue about which truth is the real truth—or the one that should be privileged—is like asking which of the two illusory moons is the real moon. Since the moon, in reality, is not-two, the question is essentially nonsensical.

Just so, since there are never really two distinct truths, to ask which is the real one makes no sense.