You are here: Home / Nonduality / Unbroken 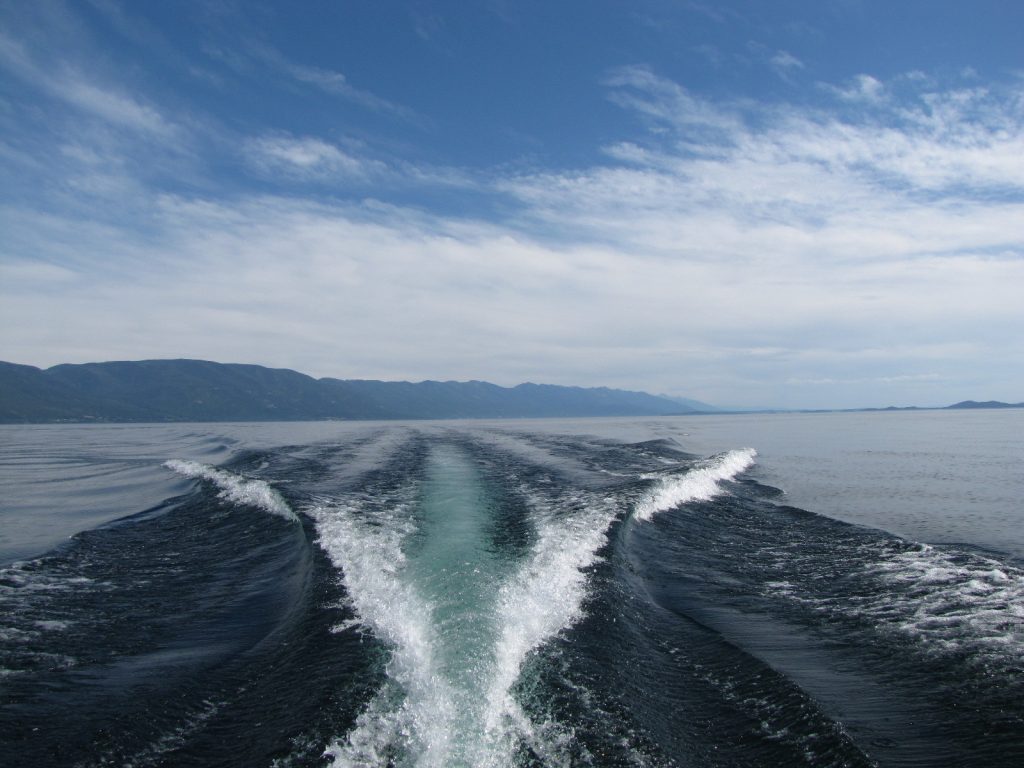 “Be, therefore, like the prow of a boat:
It cleaves the water,
yet it leaves in its wake
water unbroken.”

Is this not one of the best-ever grasshopper teaching moments!?

Let’s explore this image in a bit more depth–but first, here it is in all its glorious original context …

When a bird flies through the air, it leaves no trace: no visible evidence, in the air itself, of its passing.

I appreciate the boat-prow image for its acknowledgment of (at least the appearance of) causal interplay. In cleaving the water, the prow of the boat does indeed create a wake: it changes the shape of the water, albeit temporarily.

But the point, in either case, remains: transformation–and the unique shapes that define it–does not imply separation.

And when the chain of command remains clear–viz. the captain of the boat remains, knowingly, Pure Awareness–then the boat’s (and the human body-mind’s) movements unfold in a manner that is inherently nonviolent. They remain aligned with the understanding of the water’s inherent and perpetual unbroken-ness.

The Writing On The Water

And the same is true for more subtle or “internal” movements: thoughts, mental images, and emotional energy, for instance. And here the metaphor that’s frequently evoked is:

When we use our finger to write letters on the surface of the water, the letters disappear more-or-less simultaneously with their appearance.

The lines, letters, words, and sentences emerge–as shapes that effect (and are effected by) their immediate environment–in the manner of a topological transformation.

These experiential ripples are gone in the moment of their creation–not in the sense of being “immediately destroyed,” but rather in the sense of never actually having been born (as separate entities).

Seeing this clearly is, once again, honoring the chain-of-command–with Pure Awareness firmly at the helm.

Rather than perceiving the water-letters via the eyes and mind of the human whose finger is doing the writing–we perceive the writing on the water from the point of view of the depths of the water itself: say from a cozy little mini-submarine, hovering near the bottom.